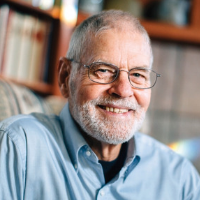 Back when smog was an unbearable problem, President Nixon created the EPA and signed the Clean Air Act of 1970 (CAA). By 2010, the CAA had prevented 170,000 deaths and approximately two million cases of chronic disease. My generation clearly experienced the beneficial effects of the CAA.

The Reagan/Bush administrations (1981-1993), as part of its call for government efficiency, directed the EPA to focus on high priority problems. Scientific models contributed to the prioritizing effort. In 1987, the EPA hired me to review their model validation methods. Among the hundreds of EPA reports I read, one is especially relevant today: Unfinished Business (1987 EPA 000R87901). It presents the collective view of experts from all branches of environmental science who were convened to prioritize environmental pollutants/problems based on the assessed risks. They found that the highest risk problem was carbon dioxide-induced global warming. The assessors concluded that the effects of global warming were well-characterized and, if uncontrolled, would severely damage all natural systems in the entire biosphere; the effects likely would be irreversible. They emphasized that effective controls of CO2 and air pollutants require coordinated, international efforts.

When I read that report, I was surprised by the seriousness of the problem but assumed the information would compel leaders to craft control measures. I am dismayed that government and industry leaders maintain indifference to these problems, although the risks, identified and described 30+ years ago, remain. Weakening the CAA and ignoring CO2-induced climate change will dramatically increase disease and death rates, catastrophic environmental damage, and major economic loss. Air doesn’t kill people; people kill people and the perpetrators of atmospheric pollution must be held accountable. Let’s use the strength of our judicial, regulatory, and political systems to protect ourselves and future generations. Let’s demand clean air and safe greenhouse gas levels.