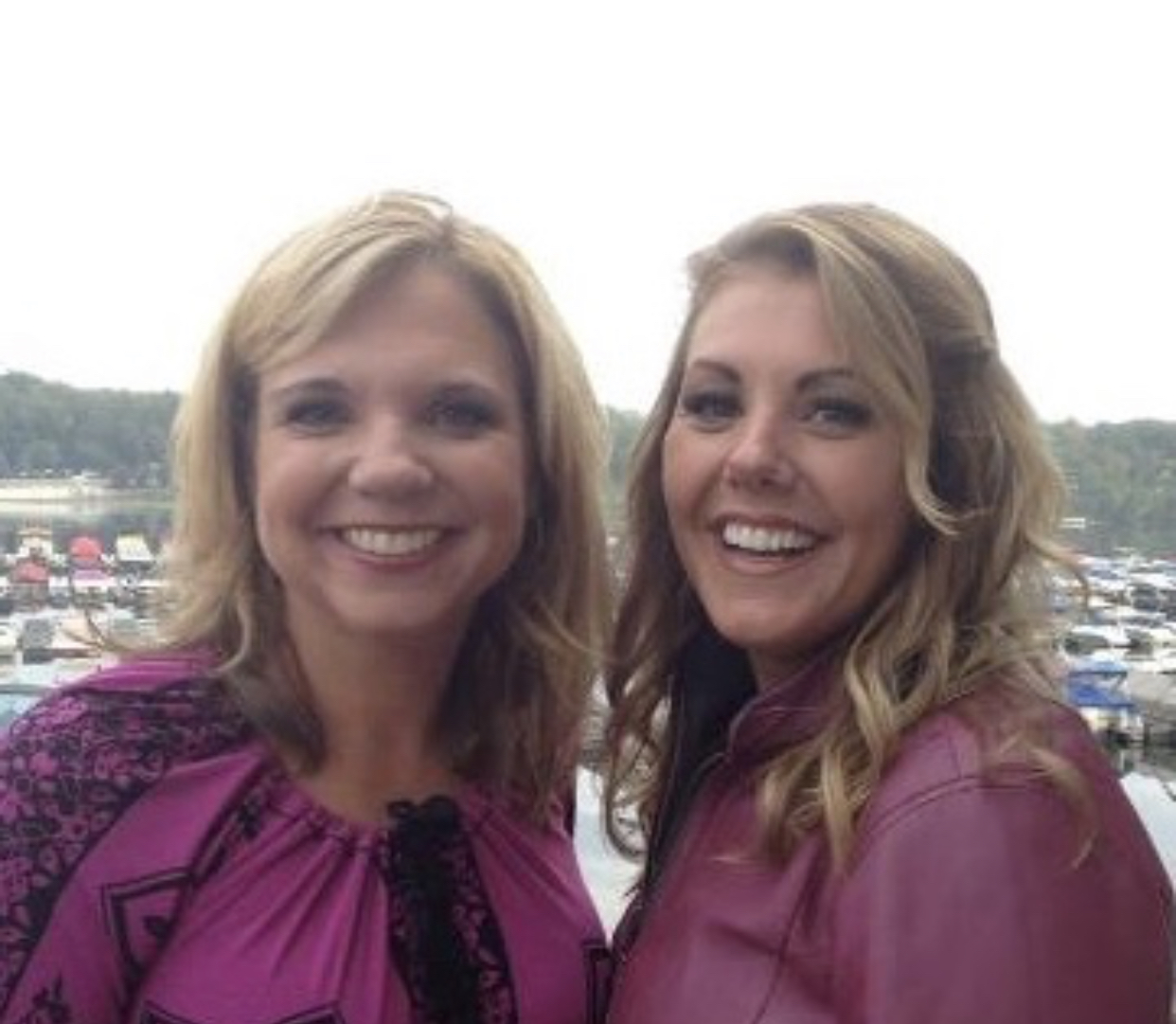 In February of 2014, my sister Courtney Cole, who also was my business partner at the time, started complaining of chest pain after coming into work one morning. At the time, Courtney was a 42-year-old mother of two, who was really into doing mini-triathlons, mini-marathons and just the previous month, had completed her first full marathon in Florida. We didn’t think too much of the chest pain, as we just thought it was perhaps something stress related. Later that evening, she called to let me know she was going to drive herself to the ER because the chest pain had not subsided, and she was now having trouble lifting her left arm.

At the ER, they did a CT scan and told her she had pleurisy on her left side lung. The doctor prescribed antibiotics but said he saw something in the scan on her right lung. He said a dark spot was showing and she needed to follow up with her family physician to have it looked at, stating it was probably nothing major. A week later, we had a business trip out to Park City, Utah. We were both taking our children and planning to spend a couple of extra days hitting the slopes. We had a great time skiing and enjoying other winter activities with our kids that week.

When we returned home, Courtney decided she would follow up with her doctor to discuss the spot on her lung that had been previously identified. The test and the results that followed were completely unexpected, non-smoker (never a smoker) non-small cell lung cancer. We were all shocked! Courtney had surgery April 15, 2014 to remove the cancerous tumor on the upper lobe of her right lung. Months of radiation and chemotherapy treatments followed.

About two years later, the cancer had metastasized into her bones, as this type of cancer commonly does. Again, more surgery and radiation followed. Then, about 18 months later, they found more cancer cells in her brain fluid. It is called leptomeningeal disease caused by her lung cancer. She fought this particular disease for and additional three and a half years. She struggled daily with horrible headaches, and many other symptoms caused both by the cancer and the terrible side effects of the aggressive drugs she took to fight the cancer. She fought so hard for the five and a half years following her diagnosis.

Courtney was 48 years old when she passed away on September 22, 2019. Courtney was a star athlete in high school, and she went on be a two-sport scholarship Big Ten athlete at Indiana University playing basketball and golf. Courtney had many basketball accolades, she scored the school record 1,869 career points at our high school, graduating as the state of Indiana’s fourth all-time scoring leader. She led our high school to three straight state finals including the 1987 state championship. She was the 1989 Indiana All-Star, named USA Today and Parade Magazine's first team All-American, Gatorade Player of the Year and won the Dial Award for National High School Scholar/Athlete of the Year. She was also a two-time high school state golf champion and a member of Indiana University’s 1991 WNIT runner-up basketball team as well as the 2014 Indiana Basketball Hall of Fame Silver Anniversary Team and the 2015 Indiana Basketball Hall of Fame Inductee. Seventeen Magazine named Courtney to their list of “Most Likely to Succeed” in 1987. At Indiana University in golf, she qualified for the 1992 and 1993 NCAA Tournament, was a three-time Academic All-Big Ten selection, three-time All-Big Ten Honoree and was a two-time NGCA (National Golf Coaches Assn.) Scholar Athlete. In 2011, Courtney was the recipient of Indiana University’s Leanne Grotke Award, which honors people who’ve had outstanding contributions to IU’s women’s athletic programs. It is the highest honor of its kind given by IU.

Courtney has always been a super high-achiever and an incredible leader. A few years after we both graduated from IU, we found ourselves as business partners owning and operating our family business, leading and managing over 230 employees and achieving new heights for our business. She always had the most positive, hard-working attitude in all aspects of life, whether it be sports, business or just everyday life. Courtney’s most important role in life was being a mother to her two incredible children, Cayla and Blake. Cayla was 17 and Blake 14 when they lost their beloved mother. She fought so hard to overcome her diagnosis so she could continue her role as a mother she valued so much. Courtney inspired many people in her lifetime, through her sports, her work and her attitude to get the most out of life every day. She continues to inspire us all, and we all miss her dearly.