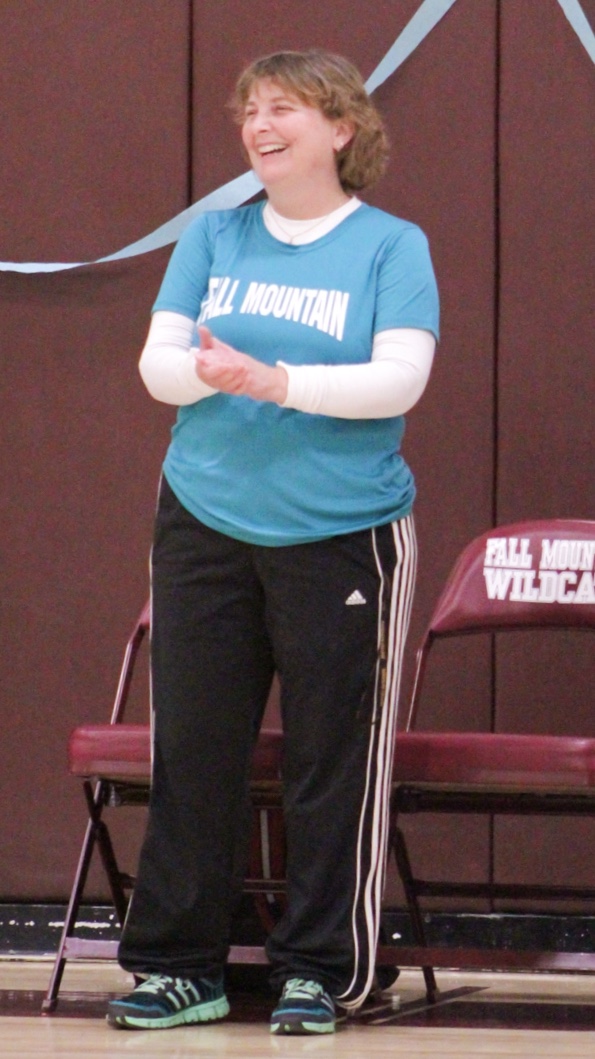 I'm a high school volleyball coach and last night, our team put on a Turquoise Takeover game for Lung Health Awareness. We raised $300 for LUNG FORCE. This is what I said to the crowd before the game:

Many of us have either lived with or watched a loved one struggle with lung disease. My own personal experience with it began when I was 11. I lost my grandmother to lung cancer. She had been the center of my universe and, even at 11, I understood that Memiere got sick because she smoked. I made up my mind right then and there that I would never smoke anything for any reason. And I never have.

After caring for her throughout her illness, my mother decided it was time for her to quit. It took a year and a half, three separate attempts, and a lot of bad moods and binge eating, but she finally did it. I was so proud of her. She was very pleased with herself. I know it's really hard to quit, and I judge no one who smokes, but try. There are many agencies out there who can help and your loved ones will be glad to have you around longer.

My mother had otosclerosis as a child and was completely deaf by the time she was a teenager. When she was 21, she was able to have surgery on her right ear to restore her hearing. When she was 55, she decided she'd like to be able to hear out of both ears and arranged for elective surgery to make that happen. It was in her pre-op testing that they discovered her lung cancer -- 17 years after she'd quit smoking.

My mother's cancer was not the same as what my grandmother had. Mom had bronchoalveolar carcinoma. It was 50/50 people who had smoked and people who had never smoked. It was more associated with scar tissue in the lungs. But would she have had so much if she'd never smoked? Three months later, they removed her left lung. eight months after that, it showed up in her other lung. For seven years she received a chemotherapy treatment every three weeks. She had surgery for a brain metastasis. She had inoperable and very painful metastases in her cervical spine. I never really knew what strength and courage were until I watched my mother go through all of this. We were fortunate to have her at home when she died. We were all there with her. The first thing I did when it was over was to go out in the living room and turn off the oxygen machine because I couldn't have listened to it a minute longer. The second thing I did was say to myself, I need to do something.

It's taken me 11 years and the help of these very special young women, their parents, and this school community, but I'm finally doing something. I encourage all of you to do something too.