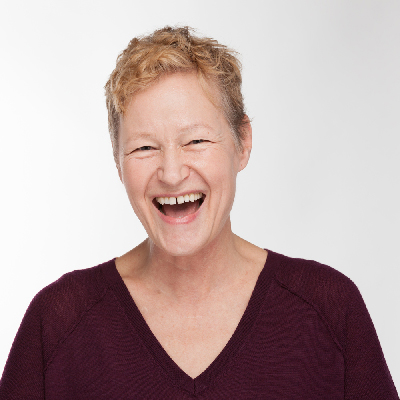 I was diagnosed with non small cell lung cancer in April of 2005. At the time I was forty five years old, a happily married mother of three and a never smoker. The never smoking part is important only because I feel it delayed my diagnosis. Unlike some people who catch their lung cancer almost by accident, I had been symptomatic for more than two years prior to diagnosis. Some of my symptoms were confusing, like upper body weakness and a general feeling of malaise. Others might have been highly suggestive of lung cancer had I been a smoker, such as my shortness of breath and chronic cough. At one point a practitioner suggested I might be a hypochondriac, but ultimately I was diagnosed with and treated for adult onset asthma.

I never had a CT scan until I developed pneumonia that was unresponsive to antibiotics. This was followed by a biopsy and the news that I had lung cancer. One week later, a five centimeter tumor and the lower lobe of my left lung were removed. My biopsy showed that I was negative for EGFR, had invasive mucinous adenocarcinoma, and was stage IB. Seven weeks post surgery I began four rounds of chemotherapy - a doublet of cisplatin and taxotere.

It was a brutal therapy but I was going for the cure. However, my hopes were dashed at my first scan review as I learned that a new nodule had already appeared. For the next two years we took a watch and wait approach, with scans every three months. My oncologist referred to the nodules in my lungs as schmutz, and at one point I asked him to tell me approximately how many nodules I had. His answer kind of blew my mind - thirty three. By late spring of 2008, these nodules were beginning to consolidate and my cough and shortness of breath had returned with a vengeance. A biopsy confirmed metastatic spread to both lungs and I was restaged to IV. When pressed, my oncologist predicted that I had three to five months left to live. We knew that I was EGFR-, but with no viable treatment options I started on Tarceva as a last ditch effort. In addition, both I and our youngest, then eleven, began counseling to help us prepare for my death.

And then my story took a remarkable turn. At the next scan review I learned that my biopsy had been submitted for further genetic testing and was positive for a recently identified driver in non small cell lung cancer, an ALK mutation. Furthermore, that a phase I clinical trial targeting ALK mutations had just opened at the hospital where I received treatment. My oncologist now presented me with four options. I could stay on Tarceva, return to traditional chemotherapy, do nothing, or enroll in the phase I clinical trial.

Well, I leapt at the trial - the only option that offered a sliver of hope. On October 1, 2008 I became the fourth person in the world to take an experimental drug called crizotinib. I was terrified and hoped the drug wouldn't hasten my death. To my surprise and delight I actually began to feel better within days of regular dosing. And my scan seven weeks later showed a remarkable 70% response. My oncologist was absolutely delighted but cautioned me that this did not represent a cure.

Media caught wind of my remarkable response and I was featured in several major publications. It was a heady time, and my life took on almost a fairy tale aspect. However, as predicted, a year after starting crizotinb my cancer demonstrated resistance. I was able to eke out another two years, until a second generation ALK inhibitor, ceritinib, entered trial. I got eighteen months out of that therapy before returning again to chemotherapy, carboplatin and pemetrexed. After six months of chemo I asked for a break. My youngest son was going off to boarding school and I really wanted to be fully present during his last few months at home.

During this break from treatment I also separated from my husband. It was a stressful time with my disease again worsening. In May 2014, I began my third phase I clinical trial for a third generation ALK inhibitor, lorlatinib. By this time I had picked up a couple of secondary mutations including G1202R - which is highly resistant to all ALK inhibitors - so I started the trial with great hope (always!) but little expectation. Remarkably I had yet another amazing response of around 70% resolution. Better, yet, this response has been sustained.

In April of 2015 I will mark eleven years since diagnosis. My three kids are all adults now, something I feel so privileged to experience. I am divorced and have started a new life as an artist and entrepreneur. There remains so much in my life that is unknown but I have learned how to sit with uncertainty. I revel in each and every day and nurture the hope that science will continue to stay one step ahead of my cancer.