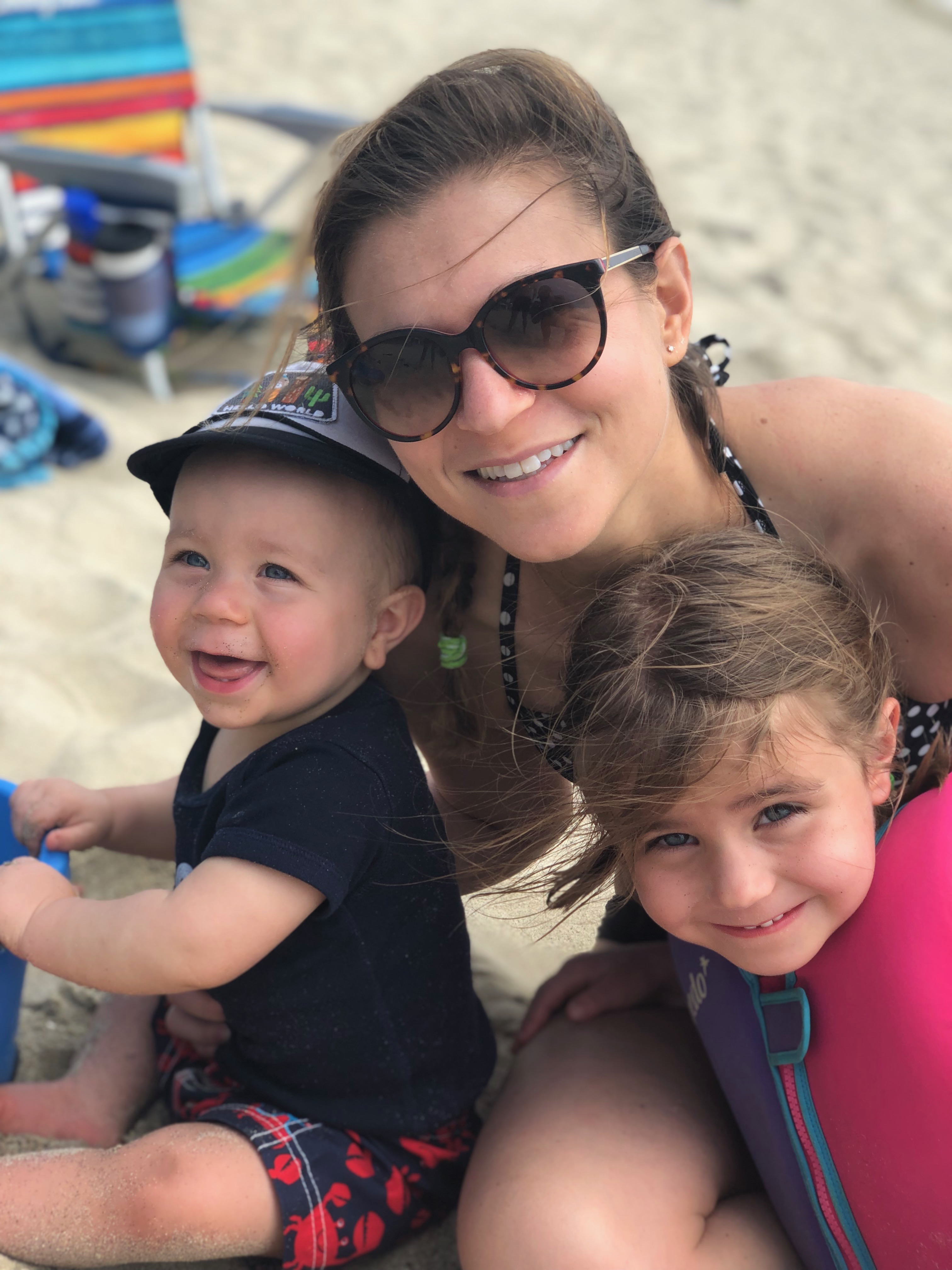 In February 2018 I was diagnosed at age 32 with Stage IV lung cancer due to a genomic mutation, while 33 weeks pregnant with our second child. I felt like I was hit with a ton of bricks, one day at the top of the world and then disbelief and overwhelming grief. Here I was a seemingly healthy individual, who valued fitness, clean living and healthy eating, diagnosed with the most deadly cancer.

Luckily, I was seen at the University of Colorado Anschutz Cancer Center by one of the world's leading Thoracic oncologists, Dr Ross Camidge. Following biomarker testing, a relatively new diagnostic tool that identified the specific type of cancer and directs treatment, I was found to have a form of lung cancer called ALK positive. I was quickly put on a targeted drug which appeared effective initially, but within a few months was found to be ineffective against some of the cancer cells. Radiation, chemotherapy, and more radiation followed. I made a decision to give up my job as a Digital Marketing Manager for Humana in order to focus on caring for my kids and my health.

During those months two significant things happened. First, my family and I dedicated ourselves to raising awareness of this deadly disease and committed ourselves to raising funds for research. In September 2018, I participated in Lungevity's Biomarker Testing Social Media campaign to educate patients and Doctors about the importance of Biomarker Testing. In September, I also spearheaded a golf tournament, Links For Lungs, held in Denver, CO, which raised $130,000. $100,000 was gifted to the University of Colorado's Lung Cancer Colorado Fund and $30,000 to our partner, the Chris Draft Family Foundation.

The second significant event was the growth of my cancer cells in the lab at CU, part of the innovative research that allows for personalized treatment, rather than a generic approach to treatment. In December a second mutation was identified and I began taking an additional targeted drug, with the hope that this would suppress the second mutation. Scans in February and March revealed a reduction in the cancer cells and in May, the words I had hoped to hear for 15 months, "no active disease at this time."

I have learned much in this past year and a half; my family and I found strength we had no idea we had, fueled by support from kind, compassionate and exceptionally generous friends and family. Additionally, the relationships I have developed with others like me with this disease have become invaluable. There have been numerous difficult days, but my optimism and hope arises from my determination to see my daughter, Paige and son, Brady meet many milestones, as well as the belief that lung cancer will become a chronic disease rather than a death sentence some day.