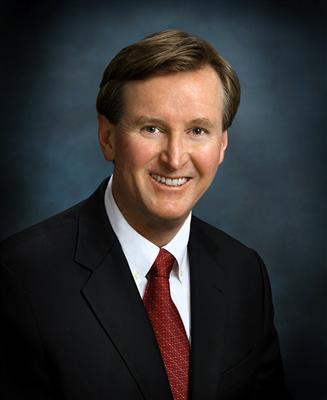 I am a physician. In my practice I take care of the many patients who have lung cancer. I have seen firsthand how this silent and deadliest of cancers has persisted, even as smoking has declined. Most disturbing has been the dramatic increase of this cancer in young women. For me, these have always been the emotionally hardest patients to take care of.

In May of 2009, my 42 year old wife Elise developed a cough. In addition to being a dentist and helping to care for the 4 kids (ages 11, 8, 5 and 10 months), she was also working with the contractor who was renovating our home. We initially thought her cough was caused by construction dust.

But the cough persisted. When the cough didn't respond to antibiotics, she got a chest X-ray. We were told she had a mass in her left lung and possibly her right. A biopsy told us she had adenocarcinoma - lung cancer. Further studies revealed metastases to her other lung and brain. We were told she was stage 4 Lung Cancer and might have only 1-6 months to live.

We were devastated, shocked and the children were afraid. Resolved to fight it and hoping for a miracle, she underwent chemotherapy and twice she had radiation therapy to her brain metastases. We were given some good news in August when receptor studies of her cancer indicated that she would benefit from a class of chemotherapy called Tyrosine Kinase Inhibitors. She was started on Tarceva and remarkably got better for about two years. We were cautiously optimistic that it would last. As physician I knew the odds that we were living on borrowed time. I kept this to myself and we enjoyed the gift of another 2.5 years as a family together.

In the fall of 2011, she was becoming increasingly frailer and in February of 2012 she was told that tumors had grown back in her brain. She was suffering, and we were told we were out of options. At this point we started hospice care and she died on February 7th.

It's been almost four years since I lost my wife, and the kids lost their mom. The intensity of the sadness and grief has slowly lessened during this time. For me and some of the kids, anger has started to replace the sadness, and I welcome this change. Anger seems to be a much more functional feeling. I'm now officially mad at lung cancer and want to personally do something about fighting it. I am looking forward to helping and working with the ALA to strike back at this great evil - lung cancer. Won't you join me?