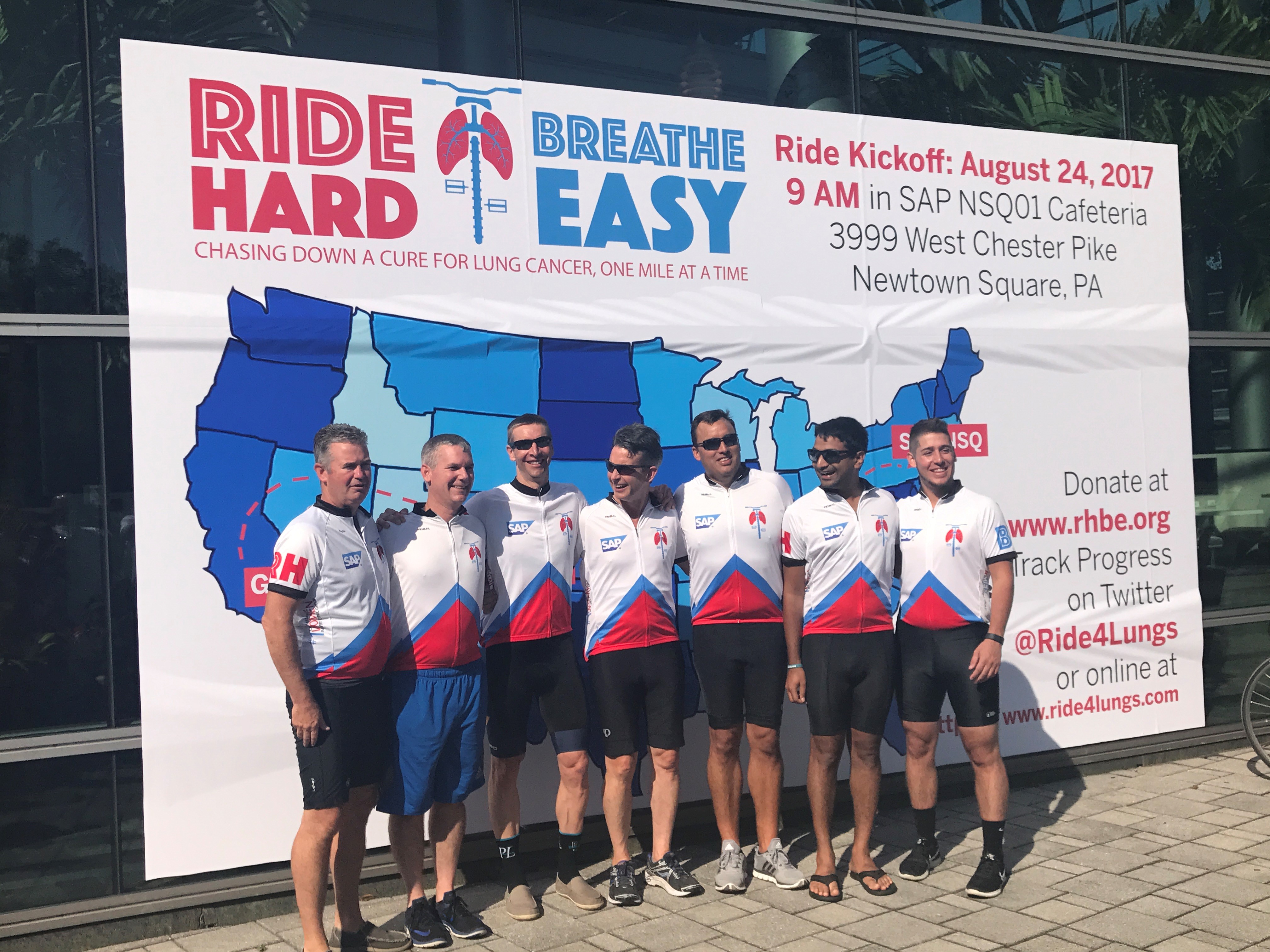 My husband John Matthews wants to end the suffering and stigma of lung cancer for all patients. His inspiration is his mother Kathleen, who lost her battle with the disease. John is committed to raising awareness and one million dollars in his lifetime for lung cancer. The statistics are grim. The number one cancer killer only gets 6% of the federal government dollars spent on cancer research. In 2017, John started a charity called Ride Hard Breathe Easy. The mission was simple; one guy (John) on a bike, riding in memory of his lovely mother Kathleen.

This wasn't any ride though. John started at his employer SAP in Newtown Square, PA and finished 52 days later at the Golden Gate Bridge. Never having ridden a bike more than a few blocks, he trained and worked hard to ensure he could make it, after all this ride is to beat lung cancer. Each day his ride was dedicated to someone who is currently fighting or may have lost their battle with lung cancer. Loved ones and patients shared their stories with him. At the end of the ride, John raised $100,000.

In 2018, Ride Hard Breathe Easy is getting bigger. This year's ride had many people on their bikes riding to end lung cancer. The bikers rode 1850 miles. It started at St. Joe's Prep in Philadelphia and ended in Washington, D.C.

For Lung Cancer Awareness Month, John challenged people all over the globe to ride around the world (24.901 miles). He has over 700 team members, from over 20 countries riding. As of this week, team members have ridden twice around the world. Hope you can join us in 2019!!

John is giving hope to lung cancer patients and inspiring all of us to do better. He is a true hero!