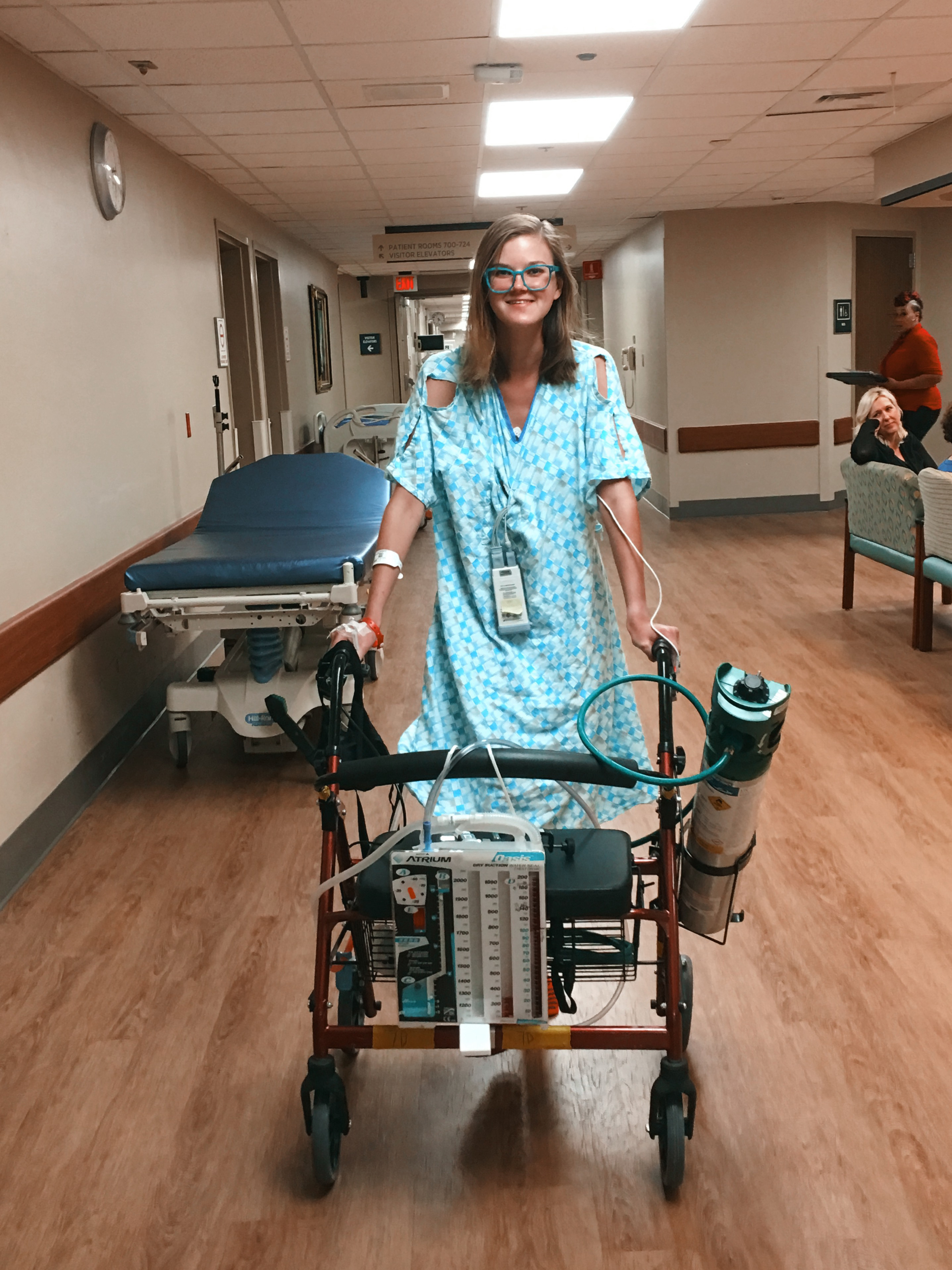 Hi! My name is Audrey. I'm 26 years old from Nashville, TN and I have quite the lung story for all of you. It all started in October 2018 with basic bronchitis that turned into pneumonia that lasted for three months. I began to feel lightheaded and constantly dizzy, unable to function or do day-to-day tasks. I had intense chest pains that came and went, but didn't think anything of it until one day another sharp pain came, but this time along with shortness of breath.

I was taken to the ER to later find out I had suffered from a spontaneous pneumothorax, on my left lung. I was observed overnight in the hospital and was told to come back in two weeks for a chest x-ray. What I thought would be an easy recovery soon turned into a nightmare. After my follow up, my collapse hadn't healed, and I was booked for thoracic surgery 1st of the year. I had a successful surgery on my left lung, later finding out that I had been having spontaneous pneumothoraces for a decade as well as being diagnosed with genetic emphysema. Three months passed, and I had yet another spontaneous pneumothorax on the lung I just had surgery on, but it luckily healed on its own.

I thought I was in the clear after that, but six months later on the day, my right lung collapsed. I was rushed to the ER and they inserted a front chest tube to release the air. I was booked for yet another thoracic surgery on my right lung. I had the same success on the right as I did the left and was sent home. Two weeks later, I felt that same familiar pain I knew all too well in the right side of my chest again. Back to the ER I went, where it was discovered I had another collapsed lung, this time at half capacity. My lung failed to stick to my chest wall which meant I was booked for yet another thoracic surgery. After that one was deemed successful, I was kept in the hospital for three days to observe.

All seemed fine and well until the final night, when I yet again felt an intense sharp pain in my right side and nothing but bubbles. My right lung had collapsed a third time, but this time it was all the way. I was booked for an emergency pleurodesis surgery the next morning. After the use of talc and titanium staples, my lung was finally stable. I was sent to a pulmonologist to see if we could figure out what potential lung disease I could possibly have. After having every test under the sun, they all came back normal.

Ever since my last surgery in July of 2019, I haven't had another issue. My mother has called me a unicorn from the start, because none of the doctors, specialists, or surgeons I've seen have ever seen a case like mine. No one has answers to why this happened to me, but I stay optimistic and positive, hoping that one day I'll find a cure/the answers I'm so desperately searching for.

It has been a long rode to recovery, but I've gone from almost passing out walking a half mile, to walking almost three miles and running up eight flights of stairs every day. That's progress if I do say so myself. I'm so thankful for my family and friends supporting me through all of this, but I'm most thankful for my mom. She was with me every step of the way when I was terrified in the hospital, to making my favorite meals post op, to holding my hand while I walked (slowly) trying to build up my strength again. I would not have survived this trying and scary time without her. Thank you for taking the time to read my novel. I feel proud to be able to share my story with such a wonderful organization that does so many amazing things for so many people.