Sadis Matalon, Ph.D., has long conducted basic research that has quickly become useful in treating human lung disease. In 1987, he received an American Lung Association Career Investigator Award, which he used to study the role of an artificial version of a substance in the lungs called pulmonary surfactant in repairing severe lung injury. 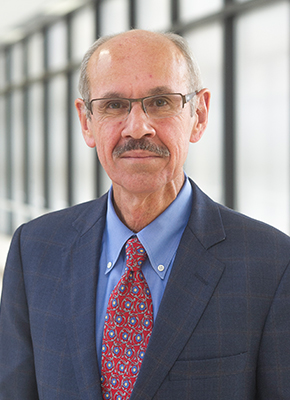 He credits the research made possible by that award with being a springboard to his many professional accomplishments over the past 30 years. "That grant got me started in the field of lung injury and repair," he says. Since then he has published over 200 papers on acute lung injury. "We have been extending what we learned in our Lung Association research. We moved on to identify other causes of severe lung injury and other ways to treat it."

Early in his career, one of Dr. Matalon's colleagues discovered that artificial surfactant could save very premature babies born with a severe lung disease called respiratory distress syndrome. "I saw then how basic research could lead to curing of a disease," says Dr. Matalon, who was born in Greece and came to the United States in 1966 as an undergraduate.

In his Lung Association grant, Dr. Matalon studied the role of surfactant in treating adult respiratory distress syndrome (ARDS), the sudden failure of the respiratory system. It can develop in a person who is critically ill. A person with ARDS has rapid breathing, difficulty getting enough air into the lungs and low blood oxygen levels. ARDS can be life-threatening because the body's organs need oxygen-rich blood to function well.

Protecting the Lungs From Chlorine Exposure

Because science is never static, as Dr. Matalon likes to say, he is now studying another aspect of lung injury—how the chemical chlorine damages the lung. Chlorine is used in industry and in household cleaning products. Chlorine was also the first poison gas to be used as a weapon during World War I. There have been recent reports of chlorine gas attacks against civilians in Syria.

"Thousands of people go to the emergency room every year because they breathe in chlorine," he says. In many cases, chlorine can worsen breathing problems in people with asthma. There have been cases of chlorine and another chemical, bromine, being released into the atmosphere after the derailment of trains carrying the chemicals."We published a study that found chlorine and bromine released into the atmosphere can cause severe lung injury that can damage breathing and cause death," he says. "We want to understand how these chemicals damage the lungs, and what treatments we can develop. We are studying treatments that can scavenge the chemicals and may prevent lung damage."

Dr. Matalon has received many grants and awards over the course of his career, including a prestigious Merit Award from the National Institutes of Health. In 2002, he received a Recognition Award for Scientific Accomplishment from the American Thoracic Society, where he has been an active member his entire career. He currently has three NIH grants.

However research is just one aspect of Dr. Matalon's career. He moved from the State University of New York at Buffalo to his current institution, the University of Alabama at Birmingham, where he serves as the Alice McNeal endowed Chair and Vice Chair for Research of the Department of Anesthesiology and as the Director of the Pulmonary Injury and Repair Center at the School of Medicine. He is also Editor-in-Chief of the American Journal of Physiology: Lung Cellular and Molecular Physiology.

See researchers across the country who are making an impact on lung health.
View Awards

Dr. Matalon has trained a large number of fellows who are now independent investigators, whom he calls his "professional children." He notes, "Working with young people and helping them in their careers is a great satisfaction."

He sees a great need for young scientists to pursue lung research. "There are still a number of diseases such as acute lung injury, pulmonary fibrosis and pulmonary hypertension, that we don't have cures for," he says. "It's critical for basic scientists and clinical scientists to work together so that research goes from bench to bedside to the community, and we find effective ways to make patients better."

The biggest problem he sees in research today is the lack of resources for funding. "It's difficult for young Ph.D.s and M.D.s to pursue research careers," he says. "If we don't address this now, we will have a real problem on our hands down the line." As challenging as it may be, Dr. Matalon advises young researchers not to give up. "A career in research is very rewarding," he says. "You have the opportunity to make a major impact on society, and to work with very smart people and be stimulated every day."