Lung cancer patients often are diagnosed at a late stage, after the disease has already spread to other parts of the body. But in many cases patients who have been diagnosed at an early stage, and have had their lung tumor removed, still experience a relapse. "This suggests that tumor cells have already seeded distant organs before the cancer was removed," says Linda Van Aelst, Ph.D., Professor at Cold Spring Harbor Laboratory in Cold Spring Harbor, New York.

With a Lung Cancer Discovery Award from the American Lung Association, Dr. Van Aelst is studying how lung cancer spreads, or metastasizes, from the lungs to other parts of the body such as the bones, brain and liver. If she and her colleagues can determine which genes regulate this spread, they may be able to identify drugs that target these genes and stop the metastasis.

"For a tumor to escape the lung and survive in the bloodstream, and grow in a totally new environment elsewhere in the body, it has to obtain some new features," Dr. Van Aelst looks for those features by tracking how the tumor spreads and grows at a distant site and then looking at the expression of genes of the tumor in those distant sites, and comparing them to each other and to that of the genes in the original lung tumor, to look for differences. "This informs us as to which genes may facilitate the survival and growth at specific organ sites," she explains.

Once her lab finds the genes expressed in different organs and validates the findings, the researchers will inactivate the genes and see if that stops the metastasis. If that is the case, Dr. Van Aelst will then determine if there are drugs already available or that can easily be derived that will disturb or block the function of the genes. "This grant will allow us to get data on genes that we need to collaborate with other researchers and apply for subsequent funding," she says. 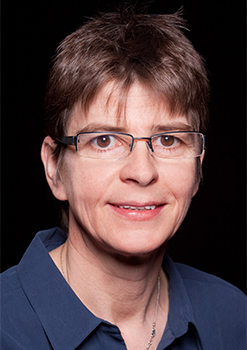 See researchers across the country who are making an impact on lung health.
View Awards