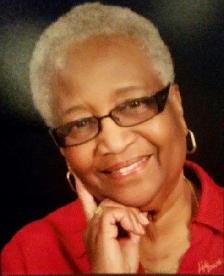 In December of 2007, my loving mother was diagnosed with Non-Small Cell Lung Cancer. She was a non-smoker. Our family was stunned. However, once we accepted the diagnosis, we were determined to stand as a family and wage war against the disease. The middle lobe of her right lung was removed. The prognosis was good. Her lymph-nodes were clear. No chemo. Just monitoring.

But at her six month check-up, we were stunned again. A small spot was found on her spine. Not only was the cancer back, it had metastasized to her brain. Again, we waged war as a family. We prayed. We researched cutting-edge medical treatment. We advocated on her behalf, when she was unable to. With the help of radiation to her brain and the chemo pill she fought hard for the next five years.

At the beginning of 2013, we were told that the pill was no longer effective and that there was nothing else that could be done. My mother finally succumbed to the disease in December 2013.

As a family, I think we would have been able to swallow any other diagnosis like Breast Cancer, Ovarian Cancer and maybe even something else a little bit easier. Anything, but Lung Cancer.