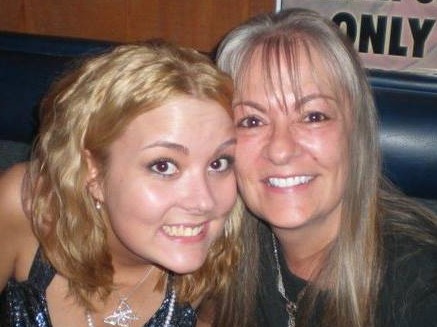 On Easter of 2014 my life was forever changed with the announcement that my mom, my best friend and my greatest supporter, had Stage 4 Non-Small Cell Carcinoma of the lung. She had gone to the hospital because she was tired, and her lungs felt heavy. She had been sick for over a year and had been misdiagnosed with bronchitis, pneumonia, and the common flu repeatedly. My mom was a pack-a-day smoker for over 40 years. Not one single doctor thought it was necessary to scan her for lung cancer throughout that entire year of being sick. By the time it was caught, the cancer had spread to her brain, lymph nodes, and her kidney. She had a legion on her brain that was treated with radiation, and a mass that took up the top half of her right lung that was treated with chemotherapy.

At the age of 23, I became my Mom's primary caretaker. I took her to every appointment, managed every medication, and ensured she was receiving the proper care. The one thing I struggled with was obtaining any sort of financial aid to assist us with her treatment costs. The chemotherapy center had given us a list of places to apply to for aid and we had been turned away from every one of them. I felt defeated. I was supposed to be taking care of her and I couldn't even get her the assistance she needed. At the end of my rope and barely hanging on, I decided to call the Lung HelpLine in hopes that they could point me in the right direction. Instead of diving right into the details of financial aid, or asking more about my mom's situation, the person I spoke with took the time to ask about me first. I didn't realize how badly I needed someone to care about me until it happened. As caretakers, we often spend so much time taking care of others that we forget to take care of ourselves. Not only did she give me the boost I needed, she also pointed me in the direction of some small grants that truly made a huge impact. Because of her, I was able to pull myself up by my bootstraps and be the best caretaker I could be.

On July 23rd, 2014, after only three short months of treatment, my mom lost her battle with lung cancer. The mass on her lung had collapsed and she was admitted into the ICU after aspirating on fluid. She suffered several strokes and a heart attack. As a family, we ultimately had to make the toughest decision in the world - to take her off life support and end her suffering. Because of an ugly disease, lack of knowledge and awareness, and a deadly habit, my life now has a void in it that no one else can fill.

This is why I support the American Lung Association and all they do. If we don't put in the effort to fight for tobacco control, ensuring lung cancer screenings are easily available and utilized, researching lung cancer treatments, and advocating for everyone affected by lung disease, then who will? We have got to fight to find a cure, and we need to help those who aren't sure where else to turn. I owe a lot to this organization. They helped me through the hardest experience of my life. I advocate for them as a means of saying thank you, and as a way to let others know they are not alone.