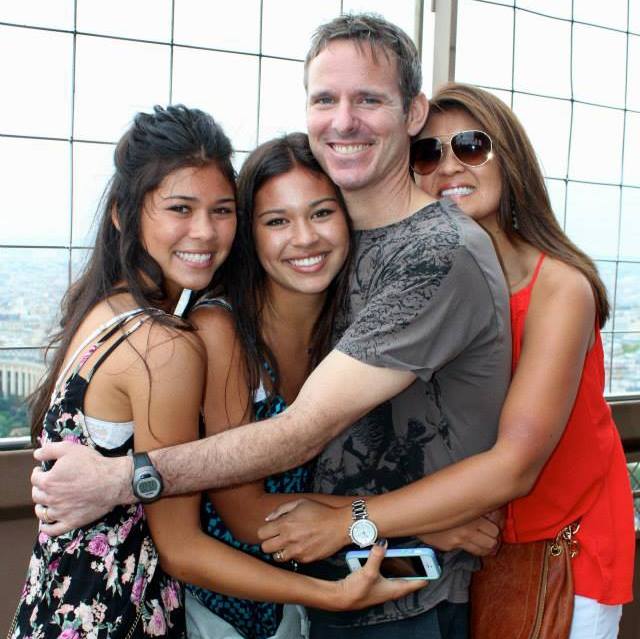 My name is Kathy. My journey the last four years has brought me to serve on the Leadership Council for the Oregon American Lung Association. My mission is to advocate for all the lung cancer survivors today.

In February 2013, my late husband, Mark, received the shocking diagnosis of stage 4 lung cancer (non-small cell adenocarcinoma). He was 44 years old at diagnosis, never smoked, athletic, healthy and with no medical history. The onset of his cough began shortly after he completed his first Portland Marathon in Oct 2011. It was just a cough as if he cleared his throat and became more frequent and mucus filled as time passed. After his triathlon in July 2012, he went in for an annual physical. The physical all had normal findings, and labs came back normal, except he was low in vitamin D.

In August 2012, he cycled 60 miles and couldn't breathe. The next morning, he shrugged it off and rode another 40 miles without a problem. Later that fall, he emailed his doctor and reported more shortness of breath and his cough was more severe at night while laying down, and full of mucus. The doctor diagnosed it as sports induced asthma, prescribed inhalers, and medication for his heartburns. The diagnosis didn't make sense, but he didn't question it. It was unusual for Mark to suddenly have those symptoms for as long as he has been an athlete.

In January 2013, Mark played basketball in the men's league and couldn't catch his breath again. His doctor finally ordered a chest x-ray because he couldn't deeply inhale without coughing. The chest x-ray showed multiple nodules in both lungs. Weeks later, the bronchoscopy revealed a partial collapse in his lower right lobe. The CT scan and lung needle biopsy confirmed several masses and multiple nodules in both lungs, resulting as inoperable lung cancer. The diagnosis even shocked the medical team, because Mark was young, fit, and his vitals were perfect.

After three lines of chemotherapy, and two clinical trials of immunotherapy and KRAS targeted therapy, Mark passed away in December 11, 2014, just three weeks short of his 46th birthday. We were married for 20 years, and have two beautiful girls, ages 18 and 15. I share the details of his diagnosis with two intentions. First, patients must advocate for themselves, and persist with doctors for the right answer if it doesn't make sense. Second, we must change the stigma that this is a smoker's disease.

Lung cancer is the second leading cause of death in the U.S. It is rapidly spreading in all sexes, all ethnic groups, and as young as people in their twenties. Yet, it receives far less federal research funding per life lost than other major cancers. Please share these simple facts to get attention for more federal research funding. We all need to be the voice for our lung cancer heroes.