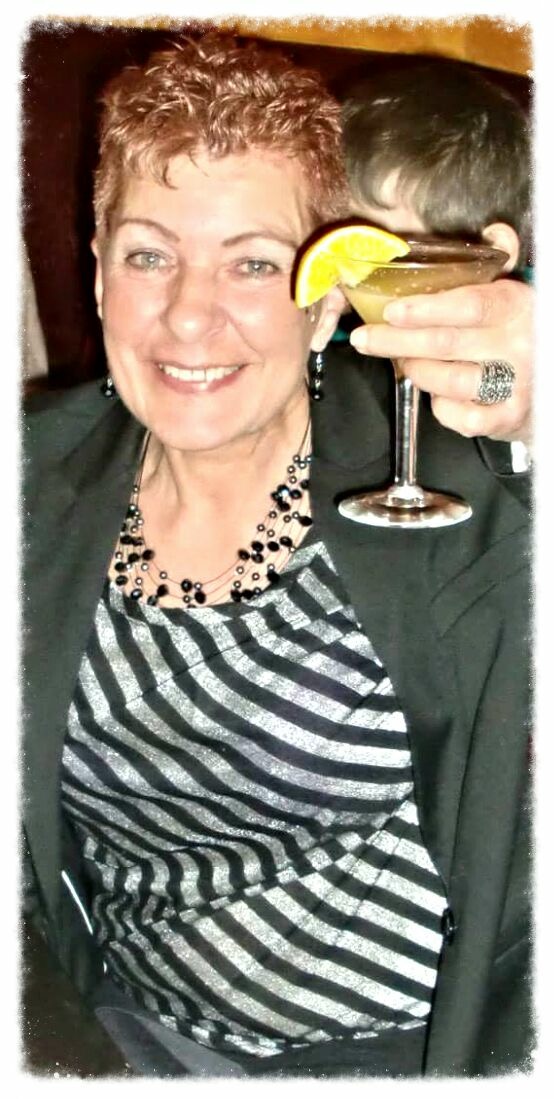 My mother, Joann, turned sixty years old on April 2015 and upon going for her annual physical, her doctor informed her that she was in the best health of her life and whatever she was doing, to keep doing. She was extremely active and walked about 4 miles a day. My mother was nicknamed the "Energizer Bunny" because she just kept going and going! She loved life. She was so much fun to be around and could make anyone smile and laugh.

Two weeks after turning sixty upon waking up in the morning, my mother had no voice. It was extremely raspy and sounded like she was winded. When she called her doctor, he said because the pollen was very bad that he would immediately send a prescription for Claritin to the pharmacy. My mother took the Claritin as prescribed but it did nothing.

My husband and I convinced her to make an appointment and go to the doctor, and she did. She was given a referral to a specialist at Thomas Jefferson University Hospital as her doctor could not clearly identify why she lost her voice. My mother's appointment was in mid-May 2015 and it was discovered that her vocal cord was completely paralyzed as there was a mass there. By the time the appointment was made for additional tests in June 2015, it was discovered that my mother had Stage IV Lung Cancer (adenocarcinoma).

True to her character, my mother was very positive and told everyone, "OK so I will get chemo, even if it's for the rest of my life. I may have cancer, but cancer does not have me." We were all impressed with her outlook, especially all of her doctors, and explained to her that staying positive was crucial. My mother had two rounds of chemo and absolutely no side effects. She still walked her 4 miles a day and cooked and cleaned and gardened as she enjoyed.

Then, the day after her second chemo treatment in August 2015, my mother's leg became very painful, red, swollen and hot. She walked to her local ER (without telling me so I wouldn't worry) and after sitting there for 6 hours, her leg was scanned for a blood clot and she was sent home, because there was no blood clot. She was sent home walking after she was just at this hospital the day prior for chemo! The next day, the pain worsened and my mother could not hide it from me because I could tell in her voice that something was wrong. I brought her back to the hospital and this time, in an ambulance, because she could barely stand, let alone walk. As it turns out, in less than two months, the cancer metastasized to her bones from the top of her skull to the tips of her toes and everywhere in between. She was walking on a fractured fibula, as the tumors were so large in her legs that they actually fractured her bones.

I became my mother's health advocate and went with her to every doctor appointment, conducted my own research, met with a panel of doctors with questions, had a patient portal app on my phone to receive updates and real-time reports. I wanted to know as much as I could about this type of cancer, the lack of preventative tests to detect lung cancer, treatments, and options.

Lung cancer kills more women than breast cancer, yet receives hardly any funds for research or early detection efforts because people view lung cancer as a smoker's disease that could have been prevented, which is not true! Almost everyone asks me when I said my mother had lung cancer if she smoked. I reply that my mother did smoke but she quit over twenty-five years before her diagnosis and then I also add that 80% of people with adenocarcinoma have never smoked.

When I asked my mother's primary care physician about preventative tests for early detection of lung cancer, he informed me that a patient must meet certain criteria in order to be screened. The criteria is they are "current smokers or have quit in the past 15 years." Because my mother was not considered to be "at risk" since she didn't neatly fit into these categories, she was never screened. This needs to change and I want to help facilitate that change in honor of my mother

My mother lost so much, except for her faith and her urge to fight. She fought so hard until she took her very last breath on November 23, 2015, merely five months from being diagnosed.

Now, it's my turn to fight, in her honor and to save lives. I want to be the voice my mother lost.