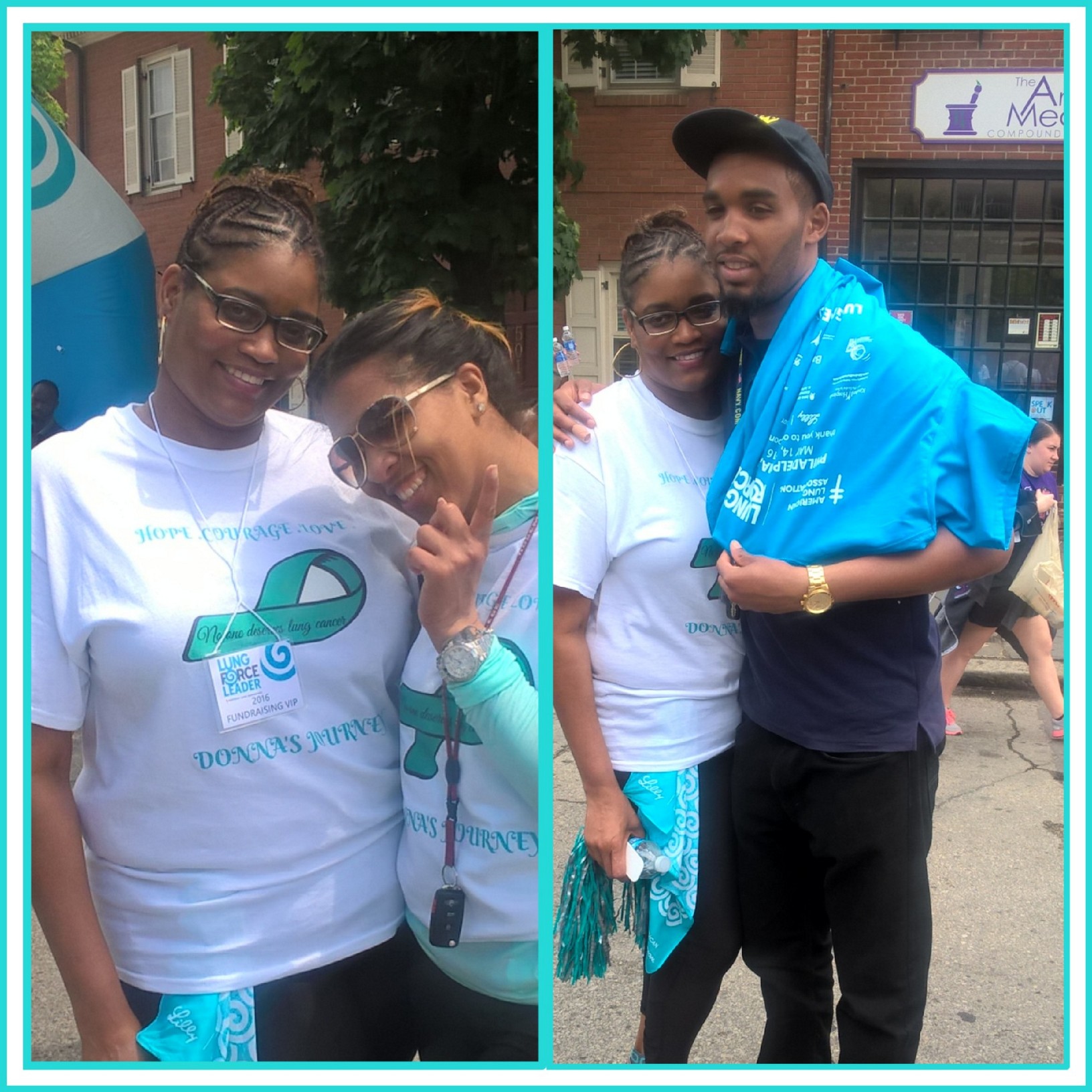 Hard to believe that just one year ago I received a diagnosis that would change me forever. Friday, October 23, 2015. Though I am more powerful than it; it has profoundly changed me. Non-small cell lung cancer (NSCLC). Adenocarcinoma in the upper right lung. Nearly 4 cm. Curable. Operable. Thank you God.

About five weeks prior, I had gone from not feeling quite right to a lung cancer diagnosis. Like most diagnosed with this disease, it was found by happenstance. I had been experiencing a little chest discomfort for about 2-3 days and my blood sugar had spiked to 300! So, after I left work on a Friday in September, I went to the ER and a chest X-ray was ordered. A few hours later I was discharged, but the next day I received a call from the ER physician telling me that the radiologist had come in, read my scans, and saw a pulmonary mass. "Call your family physician right away," he urged. That Monday morning, I was in the doctor's office and a few days later came the CT scan. Immediately after the scan, my physician sent me to a Pulmonologist who ordered a PET scan and then a biopsy all within 2-3 weeks. Needless to say, my head was spinning at this point. I had seen more doctors and had more tests in the last month, than I had in the past few years.

A few days after the biopsy, I received confirmation of what I had already suspected. I can still hear the Doctor's gentle voice, "So, the results did show the mass was indeed cancerous." Adenocarcinoma of the upper right lobe. Silence. And then, from me - a simple OK.

But, my risk factors? I didn't have any, right? Wrong. If you have lungs, you can get lung cancer. Contrary to popular belief, Lung cancer is NOT just a smoker's disease. But I am too young, right? Wrong again. Even my doctors were a bit surprised of the result.

Now, thinking back over the past few years, I can recall nights where I couldn't sleep because of violent coughing. My lungs would feel as if they were closing up when I was in any large arena. I had been diagnosed with asthma some years back and so, I always kept an inhaler on me. I can recall going to concerts, sporting events and dance clubs carrying a cute tiny purse with nothing but my keys, cell phone and albuterol inhaler. Sexy, right? Not at all. But, I was terrified at the thought of being without it. While this had gone on for a number of years, the past year and a half had been particularly rough. So, yes, in hindsight I had symptoms of compromised lung health but, we all wrote it off as allergy/asthma related. Lung cancer had never crossed my mind.

Optimism, no matter what the results showed. Remain Faithful. And, I knew that I was fortunate to have listened to my body that day by going to the ER, and to have a dedicated radiologist that took a second look and urged the doctor to contact me. To the physicians, technicians, my surgeon, - the entire team dedicated to getting to the bottom of that mysterious mass on the upper right lobe of my lung so quickly - I owe a depth of gratitude.

On November 30, 2016, my upper right lobe and a few surrounding lymph nodes were removed. It had not spread to my lymph nodes. Stage IIB adenocarcinoma was the final diagnosis. (Prior to surgery, it was thought to be Stage IB.) Over the next few years, I will be monitored closely but as of now there is no evidence of disease.

I know how fortunate I am to be winning this fight. I don't take any of this for granted. Nothing means more to me than discovering/creating my purpose in all of this. Every time someone tells me how my optimism and attitude during this has inspired them, I gain more strength. Truth is, I didn't believe that I was this inspiring warrior. But then, I've always battled with self-doubt when it came to my view of myself. Sharing the unique chain of events that led to my diagnosis has already helped those close to me. Now, it is time to share my story outside of my immediate circle. It is time to help someone else. Preventive medicine helps early detection.. Early detection saves lives.

I am also reminded of what Stuart Scott, ESPN sports analyst, said during the final months of his long battle with cancer - "When you die, it does not mean that you lose to cancer. You beat cancer by how you live, why you live, and in the manner of which you live" At the time of that speech and then his subsequent passing - I couldn't have known why I felt so connected to his story and why those words resonated so deeply within me.

I remember being very depressed around the time he passed. The New Year had come in but it was so dark for me. I was so tired of being sad, and so I replaced cancer with depression. I got out of the bed, applied make-up and said a silent thank you to this man that I had never met. His words became part of my internal mantra (I'll beat depression by how I live). Fast forward nine months, and those words would come to me again. This time though, it would be in the context in which they were originally spoken. And now, I am committed to beating cancer by HOW I live, WHY I live, and the manner in which I live.