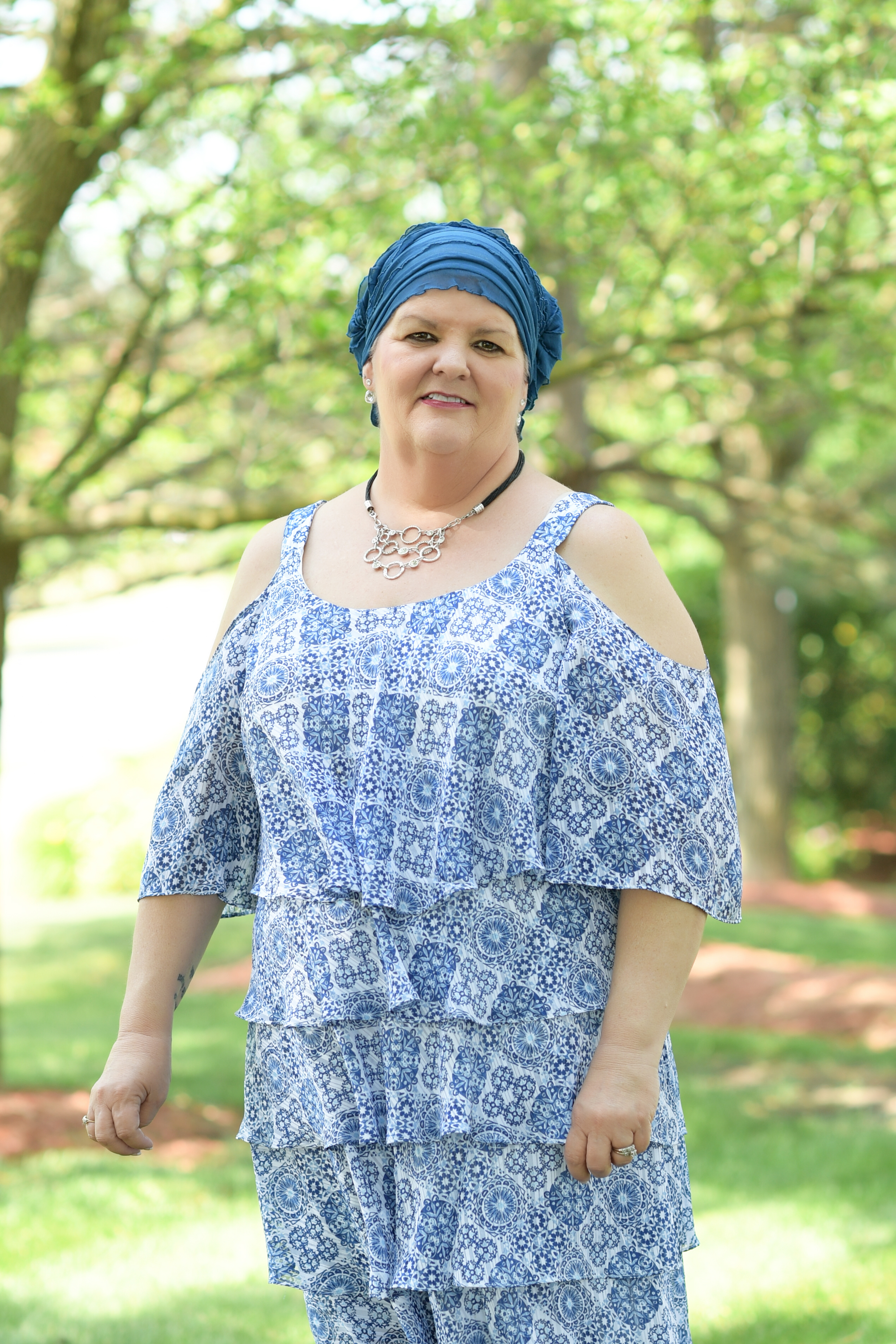 My journey started December of 2016. I had a regular PCP visit for which I was being treated for chronic back pain (thoracic area). The medication I was taking was not working as well as it should so my doctor said, "Let's just do an x-ray and see if we can see anything." So we did the x-ray she looked at it with me and said, "No wonder you're having pain, you have scoliosis, degenerative disk disease, and bone spurs."

So she changed my medicine and went to work. I had been at work about two hours and my doctor called me and said, "The radiologist has read your x-ray and he has seen something troubling, your trachea is shifted toward the left and he wants you to get a CT of your chest, but it's not emergent." My reply was, "Yes it is, please set it up ASAP."

The chest x-ray was done on Wednesday and the CT scan was done on Friday morning. I was called before lunch and told that I had a spot on my right lung/bronchus area 2.5 x 2.6 cm. Then the process begins bronchoscopy biopsy showed small cell lung cancer. I got pneumonia after the bronchoscopy and stayed a week in the hospital. During this hospital stay I had my brain MRI which was negative, went to get the PET Scan and could not due to my blood sugar level was so high. (So new diagnosis of diabetes.)

I finally got the PET scan and it showed that my cancer was limited to my right lung. I went to the local oncologist and radiation oncologist and was not sure I agreed with their treatment plans. So on a Saturday night the first of January 2017 I finally had my break down, my emotions were all over the place, crying, praying, begging, it was truly an emotional roller coaster. I decided that I was going to fight this and get a second opinion, so that very night I called CTCA of Atlanta, and was on the phone with them for over an hour but before I hung up I had an appointment for my second opinion.

My visit to CTCA was awesome the atmosphere was so uplifting and it was all about me, just me, my cancer. I met my CTCA team and I was told that the cancer you have is treatable and curable. They laid out a treatment plan that I could work with and I started my chemo the very next day. I did chemo three days a week every 21 days for four cycles. I did my radiation right in the middle of the chemo two weeks of radiation twice a day at a lower dose. I lost my hair, and some weight (not enough to count) the fatigue was the worst, luckily I never had any nausea or vomiting.

I completed my treatments in April 2017 and the fatigue got even worse and my WBC's dropped really low and so did my hemoglobin so back to the hospital for another week two units of blood and shot to bring up my WBC's. In May I went for my first set of scans CT of the chest, abd, pelvis, MRI of my brain. When I met with my doctor for the results I was on pins and needles, she started going over the scans and got to my lung and she said "There is no longer a mass showing in your right lung, all other organs are normal, brain MRI negative." I was in tears and she gets up comes over and just hugs me and she said, "Now go on and get out of here and live your life and I will see you in three months!" I went for scans in August 2017 and November 2017 everything is still normal no signs of cancer, I do have one lymph node that is not totally back to normal but has reduced in size.

I am back at work living a pretty normal life thanks to God and to early detection by my PCP, great team of nurses, and CTCA of Atlanta. I love you all.