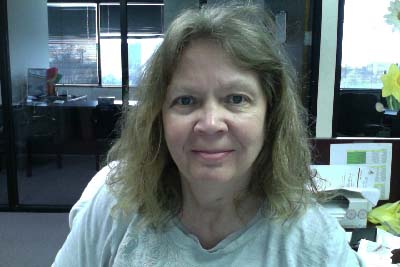 I started this journey in 2003. I was diagnosed as stage 3b NSCLC adenocarcinoma. The news came as a shock because I was rock climbing, hiking, swimming and just all around being active. I told them that I didn't want to know the prognosis or when I was going to die. I was going to do it on my own terms, not theirs. So the journey began.

I was originally told that it was in operable and that chemo and radiation were my only options. The last doctor I saw was a surgeon and it was 1 month after my diagnosis. He told me he could operate. Well, accepting the fact that an operation was not in the cards and the fact that I was still in shock I said "I know I have to do chemo and radiation first". I kept repeating this over and over. He finally said, "Look lady, if you were my wife I would tell you to have the operation. When can I schedule it?" Still confused, (I feel like a duh) he told me to talk to my primary doctor. So I did and she said do the operation. I called in back and two days later I was one lung less.

I have had zero recurrences thank god. I have devoted my time and energy to several lung cancer institutions. The ALA is my pride because they found me in 2005 and helped to start this wonderful journey to help all lung cancer patients like me.