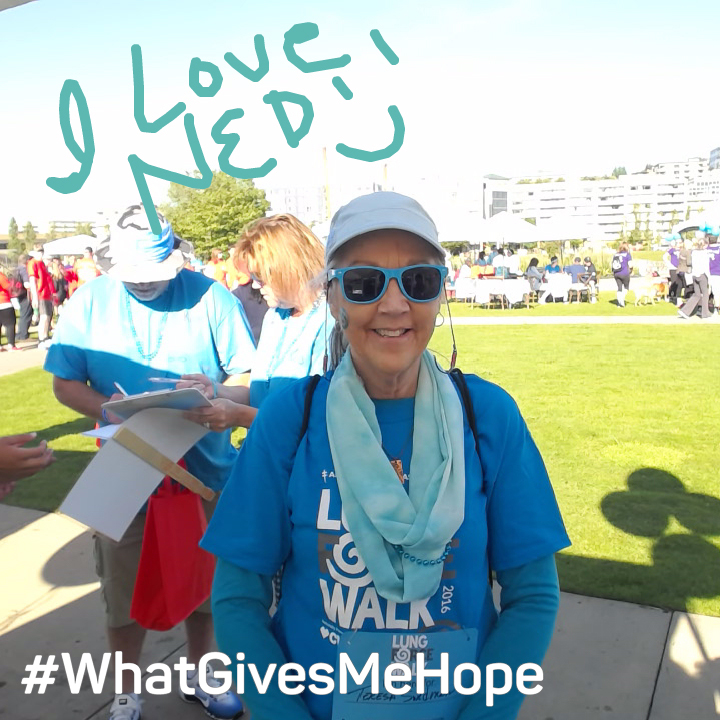 After having "sinus" issues for all my life, my "post nasal" drip became worse and I started experiencing a cough. The cough was "productive" so I assumed it was due to my sinus issues.

In September 2015, I finally had a chest x-ray. By the way, I had stopped smoking cigarettes in 1983! The chest x-ray showed a mass in my upper left lung. A CT scan confirmed the mass, a biopsy was done, came back inconclusive, then another biopsy showed Stage 1B adenocarcinoma. Surgery was scheduled and I had a thoracotomy.

I experienced many complications after surgery but in the end I was cancer free. I believe that the timing of the chest x-ray, the CT scan, the biopsy and surgery saved my life. I had ignored my "cough" for a few years and when I finally decided to have it checked out the timing was perfect. If I hadn't taken the initiative to seek medical help, I would not be cancer free now.

When asked how I am doing, I tell people I have "NED" no evidence of disease. It's what all cancer patients hope to hear.

I encourage anyone that has symptoms to seek medical care early. Early detection save my life.