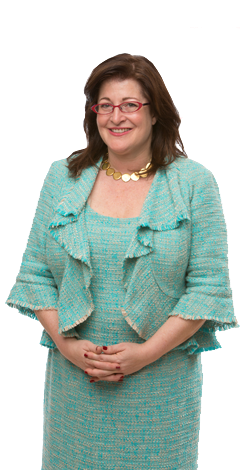 As many people have termed it, my diagnosis of metastatic lung cancer was every single mother's worst nightmare and came out of the blue. I had a slight cough at the end of my sentences, which I attributed to allergies. I was a little tired but I was 53, a single mother of a 9- and an 11- year old, and a law firm litigation partner---tired, was a perpetual state. When the cough appeared at the end of every sentence, my tennis partner suggested I get it checked and in August 2016, I discovered that I had lung cancer that had metastasized pretty much everywhere (kidney, liver, adrenal glands, stomach, and bones). In view of the severity of the diagnosis, I immediately went and bought a pint of ice (on the assumption that significant weight loss would follow (NOT!), and a lottery ticket, after all it could only get better from there. I was not uninformed in terms of what I was up against. Several months before my diagnosis a friend, also in her early 50s, had died of lung cancer after a 3-month battle; she had not smoked a day in her life. I had smoked when I was younger and quit 13 years before. My tumor, however, was a high-grade neuroendocrine tumor---not a typical smoker's tumor. Notwithstanding my understanding of the seriousness of my upcoming battle, I believed from the outset that I would be okay---even if okay was a completely new normal. Some might say I was delusional, even telling my doctor that I did not want to hear the prognosis or any statistics. I simply wanted to maintain my positive believe that this was just a process I had to get through and did not want to risk the negative effect of purportedly authoritative information, particularly given that everyone’s facts and circumstances are different, something not always accounted for in the statistics. The statistics also did not account for the rapid and significant changes in the medical science over the last couple of years. I am blessed to have some of the best cancer care in the world ten blocks away at Sloan Kettering. After four months of chemo with mixed results, I was switched to an immunotherapy trial. After my first scan, there was across the board shrinkage of about 30%. I recently told my daughter how impressive my doctor and nurses are in the significant work that they do trying to fight and cure cancer, and suggested she meet them as it might be something she is interested in in the future---her response, “they better have it cured by then.” And that is why I joined LUNG FORCE. I intend to stick around as this very nascent science turns cancer from a killer into a chronic disease, but funding is essential to that goal. I am exceptionally lucky to have an amazing group of family, friends, and colleagues who support me every step of this journey---but even with all that, without the funding and the research, the journey is likely to be pretty short.