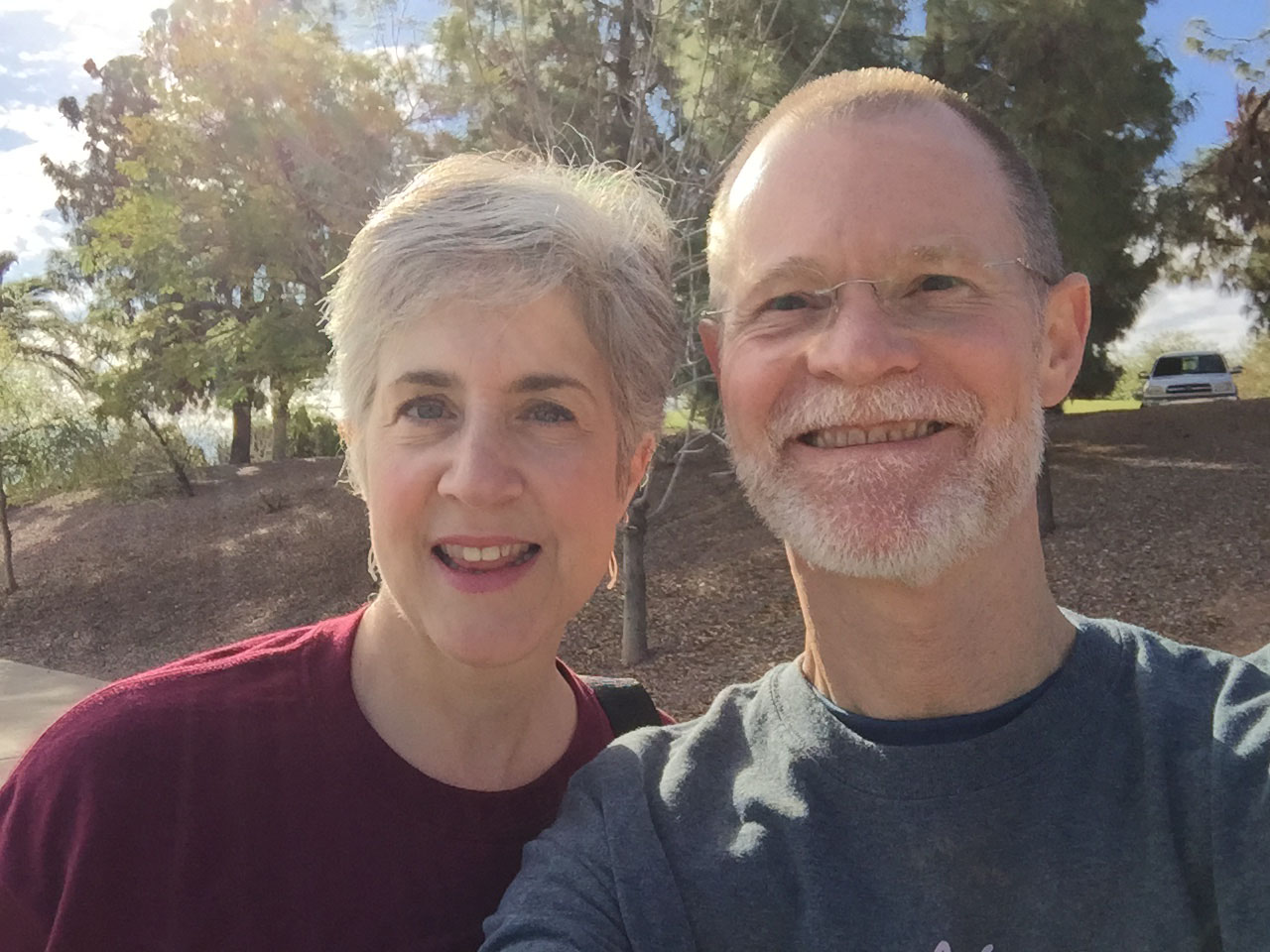 After six months of testing in search of a diagnosis, I had thorascopic lung surgery on March 3, 2013 and was diagnosed with Stage 4 NSCLC. Subsequent diagnostic tests revealed that I have the ALK gene mutation.

I have been in treatment ever since, primarily with targeted oral gene therapies. I also received four infusions in 2015, and am in the process of setting up Cyber Knife radiation to target an active, growing lymph node.

I have an amazing support system of friends and family, headed up by my husband David, and a wonderful medical team, quarterbacked by my oncologist. My family has also received many support services from the Cancer Support Community on Palm Lane in Phoenix.