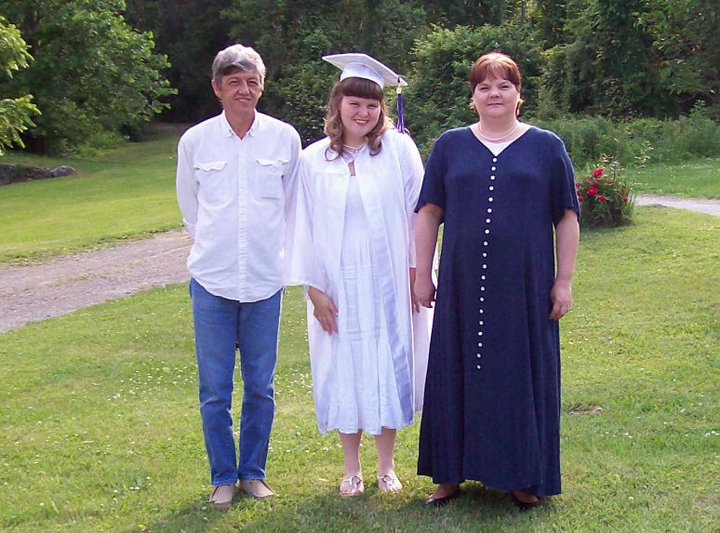 It was in August of 2010, when my whole life came crashing down. I just got back from Myrtle Beach with my best friend's family. My parents were acting strange when I left, but I didn't think anything of it. I got a text from my mom right before we came home saying that we had to talk that night I got back.

I went out to dinner with my parents like we have done numerous times before, the only difference was my mom told me she was diagnosed with lung cancer. She was coughing a lot before I left, but we all just assumed it was a bad cold or something. It turned out to be the lung cancer and it spread at such a rapid pace. I'm pretty sure she knew, but was scared to have it confirmed, but when she finally went to get it confirmed it was at stage 3.

The next few months flew by with her in and out of the hospital. They tried chemo even though I knew that isn't truly what she wanted, but she did it for me and my dad. She would have chemo and be in the hospital a few days later because her fluids were so low. She did chemo for a few months, she even tried going back to work. She was one of the strongest people I knew. Her goal was to live to past the holidays and live up until January which would be her and my dad's 23rd wedding anniversary.

On March 1, 2011, I was working like normal, and my phone kept going off. I texted my aunt to find out what was going on since I knew she was with my mom at the hospital. They wanted to put a tube down and see what was going on in her lungs. She took a really bad turn and if they pulled the tube out, they would have taken her oxygen supply and she wouldn't be able to breathe.

I spent the night with my mom and dad for the last time. It happened so fast, a few days before we were laughing and everything was fine and the next she was gone. They pulled the tube out on March 2, 2011. The day I lost my mom and my best friend. She lost her battle, but she isn't suffering anymore and I know she's in a better place. Those seven months were some of the hardest and best of my life. My mom was an amazing woman who would have done anything for anyone. Everyone tells me how much I act like her and look like her and that is the best compliment I could ever want. I'll always cherish the memories we had, especially playing bingo on Saturday nights with her friends in Red Lion.