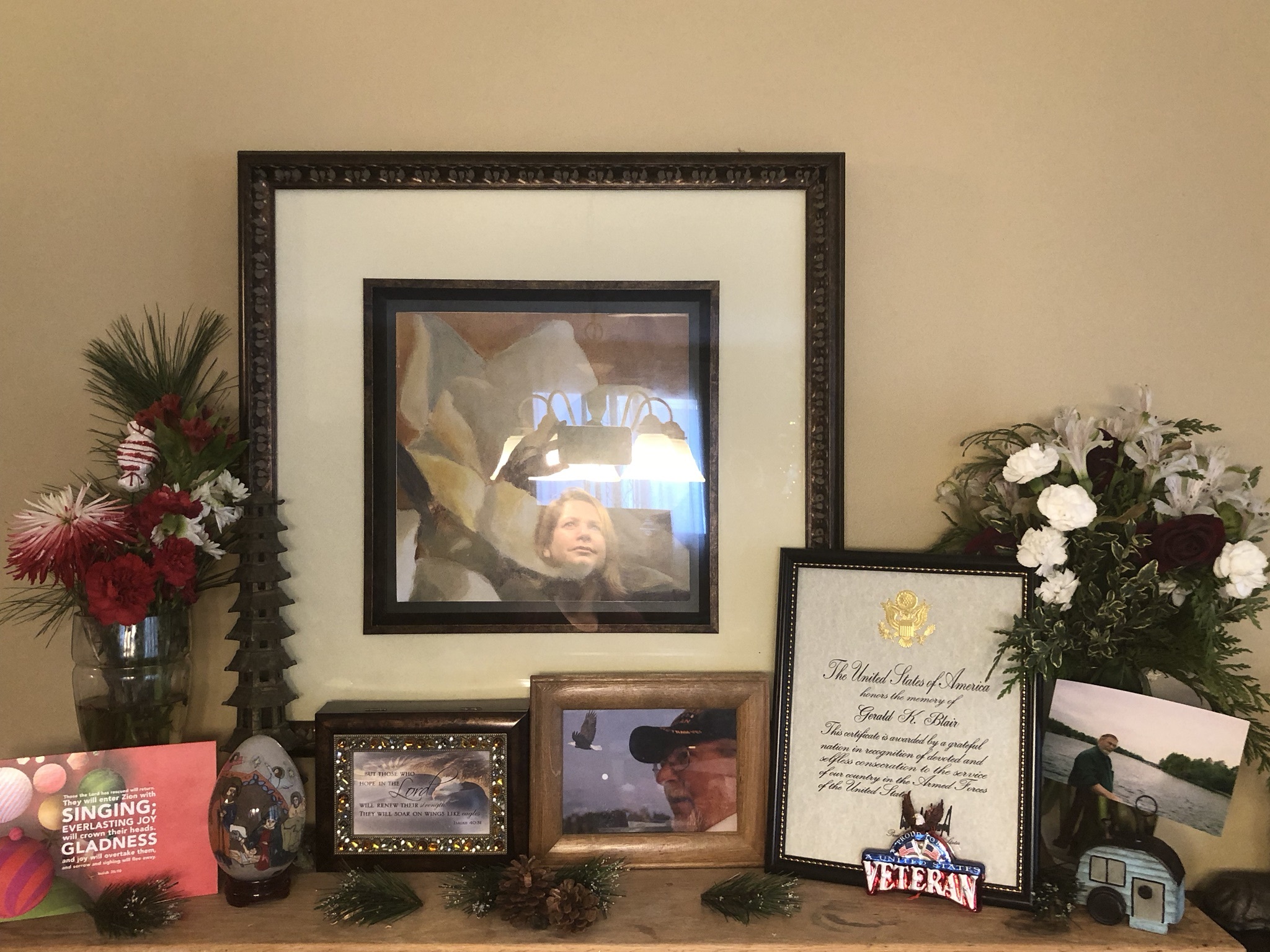 My life has been impacted by several lung diseases. First, my youngest son, Nathan, suffers from asthma that is brought on by respiratory illnesses. I spent many a night in the ER as I was getting to know how to best treat him for his asthma. We have it under control and he is now thriving.

Secondly, my father who was a life-long smoker suffered from COPD. There were also many hospital visits due to this disease and it was difficult to watch as this disease impacted my father's strong, independent life.

Finally, and most importantly, I have been impacted by lung cancer. In the fall of 2016 my strong, beautiful sister, Julie Carr, a life-long non-smoker was diagnosed with stage 3 lung cancer. Unfortunately, the diagnosis changed to stage 4 in January when a tumor on her brain was found. She is feeling great, but the weight of knowing she has stage 4 lung cancer is a difficult one to carry. But she is praising God that she feels great and can enjoy her beautiful 6-year-old son, Dawson.

Then in April 2017, my amazing, strong father was diagnosed with lung cancer and lost his battle just six short weeks later on June 2, 2017. He had other health issues that made it difficult for him to fight. It was difficult to lose him, but we knew it was what he wanted and that he is in a better place.

Based on this family history, I was able to convince my doctor to let me get a CT scan of my lungs in July 2017. After the CT, I got the call I didn't want to hear, but was not surprised by. There was a very small spot in my upper right lung, which was the same spot as my dad and sister's tumors. It was 5 mm and part-solid. From my research, I understood these indicate a higher risk. I still had to wait three months to see if it persisted since it was too small to needle biopsy and lung surgery is a big deal.

In mid-October, I went to Mayo Clinic for my three-month follow-up and the spot was still there. I had the option to wait (it was slow growing, even if it was cancer) or have VATS surgery to remove and biopsy. Since I am a healthy, life-long non-smoker, I chose to have surgery. On December 13, 2017, my doctor from the Mayo Clinic was able to remove not one but two small tumors. I was diagnosed with multi-focal adenocarcinoma. My doctor just so happens to be doing a study on multi-focal adenocarcinoma, which I definitely will be participating in if my case fits his needs.

I want to be sure I do what I can so more people can have the chance to catch lung cancer early and to cure it at any stage. We need to remove the stigma attached to lung cancer. We all do things to our bodies that are not the best and we shouldn't punish anyone for their choices. From what I read, lung cancer causes 32% of cancer deaths, but only gets 10% of cancer research funding. I'm ready to do what I can to help change that! Thank you for all you do at Lung Force and the American Lung Association to make a difference!