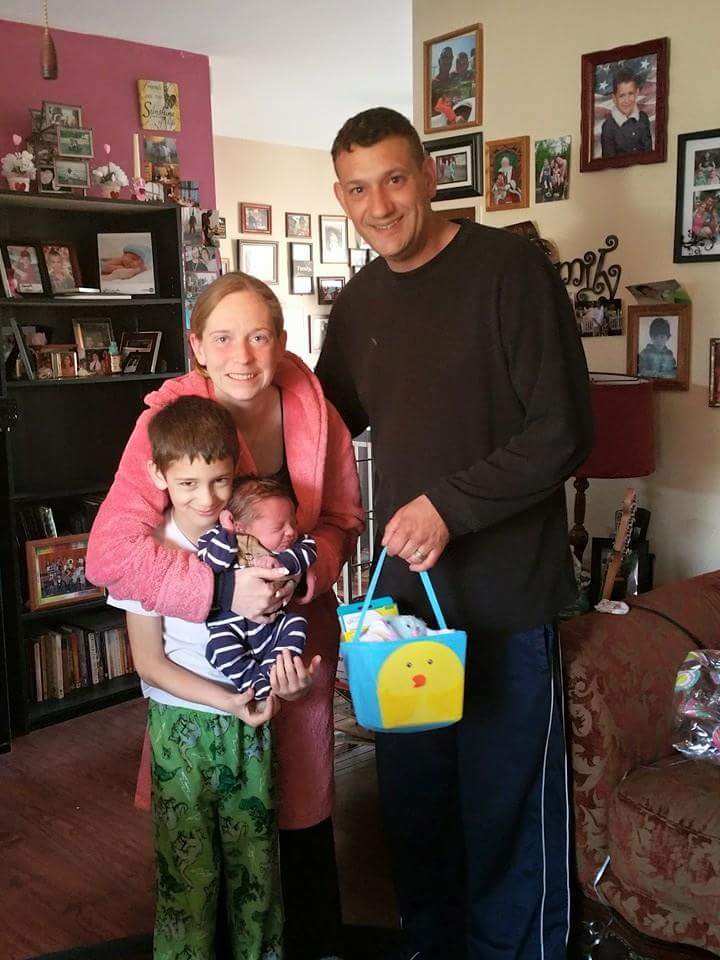 I met my wife in 2012 and we got married March 2015 and then had our son. We were newlyweds with a baby and also a nine year old step-son and enjoying our family until she started to have a pain and her left back. We went to the doctor and they dismissed it but the pain got worse. At 6 months after our wedding we persisted and went to the emergency room 3 times in one week and a CT scan showed nodules. We then got a PET scan and then a biopsy and found out that Cheryl had stage 4 adenocarcinoma.

This was a devastating blow, but nothing compared to the torture and pain that would come. Cheryl started chemotherapy which made her very sick and bedridden. Luckily we had help with the children so I could still work and only took off as needed. Even though I was paying $1,200 a month for insurance premiums and also had a $12,000 deductible which depleted all our finances.

After 9 chemotherapy treatments, she had failed. Immunotherapy was our only hope and Cheryl failed that. She was in the hospital for the month of July 2016 and came home on hospice. Cheryl passed away after every effort available was to no avail on August 7th 2016.

The chemotherapy had torn up her organs and her immune system so bad that she could not fight off pneumonia. The cancer had spread to her liver, hips, ribs, up to her neck into her head and there was no fight left in US. If only doctors could have screened her earlier but because she was only 35 years old the chance of cancer was not even on their radar.

Our sons are 19 months old and 9 years old and this has been very hard for them and for me. I have tried to get a CT scan myself because I suffer from asthma and sleep apnea and have some pain in my lungs but the insurance companies keep denying it. I also had part of my tongue removed because of cell dysplasia and I'm praying is that it does not turn into cancer. These boys only have me to love them and guide them through life and cancer took their mother but not me.

Cheryl and I are lifelong smokers. I just turned 40 years old I am still struggling with that addiction. I wish more could be done for early detection of cancer and I am trying to get the word out to make people more aware of this terrible disease that takes so many good women, mothers, sisters, daughters, nieces, aunts and good men. God Bless, Paul O