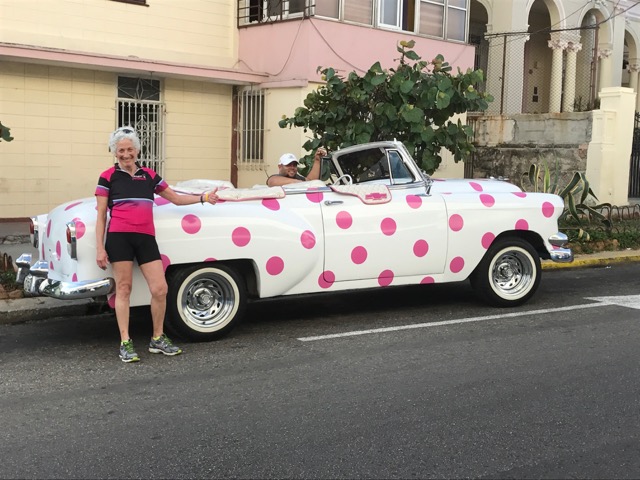 In March 2004, I was on a training run preparing for my 12th marathon, when all of a sudden, I had trouble breathing. Chest x-ray didn't show anything but after several months of tests (allergies? asthma?) a CT scan in June revealed lung cancer. Ultimate diagnosis: stage 3-b non small cell lung cancer. I had been a smoker but had quit 17+ years earlier. Just getting a biopsy was a challenge because the single tumor was a spaghetti-like blob wrapped around my aorta. To get a biopsy required a thoracotomy, an invasive surgery. The next morning, the surgeon told us my cancer would kill me - maybe six months or six years, but it would kill me.

The day I was released from the hospital after the thoracotomy, my stomach ruptured. Literally. That was more imminently life threatening than the cancer so we had to delay cancer treatment until I healed up. Once I was well enough, we traveled to California (where I have lots of family) for second and third opinions at Stanford and UC San Francisco. Doctors at both agreed with the diagnosis and the treatment protocol (chemo and radiation concurrently). Nobody recommended surgical removal, though a doc at UCSF did say that if I responded to treatment, they would consider a complicated surgery to remove the rest of the tumor. That was the only hope anyone mentioned. I returned to Anchorage and began treatment about September 1, 2004, a few days after turning 55. I had been most scared about chemo and the nausea but my concern was misplaced. Yes, I had some nausea but not a big deal. For most of the six week course of radiation, my main complaints were fatigue and itching.

My last radiation was scheduled for a Monday. The Friday before I started to feel crummy and went downhill fast. My esophagus took the brunt of the radiation and the cumulative impact hit like a Mack truck. Couldn't eat, couldn't drink for the pain. I did get my last dose of radiation but we had to stop the chemo until I could heal up from the burns. I did start to heal and while we waited to resume chemo, I suggested to my oncologist that I have a scan to send to UCSF. Much to our shock, the tumor was nowhere to be found. I did resume chemo and finished treatment in March of 2005.

Since then, there have been some false alarms but so far, so good. Of course, life means you're never out of the woods! My esophagus is permanently scarred and damaged but it doesn't keep me from being very physically active (if you want to keep moving, you have to keep moving) and grateful.