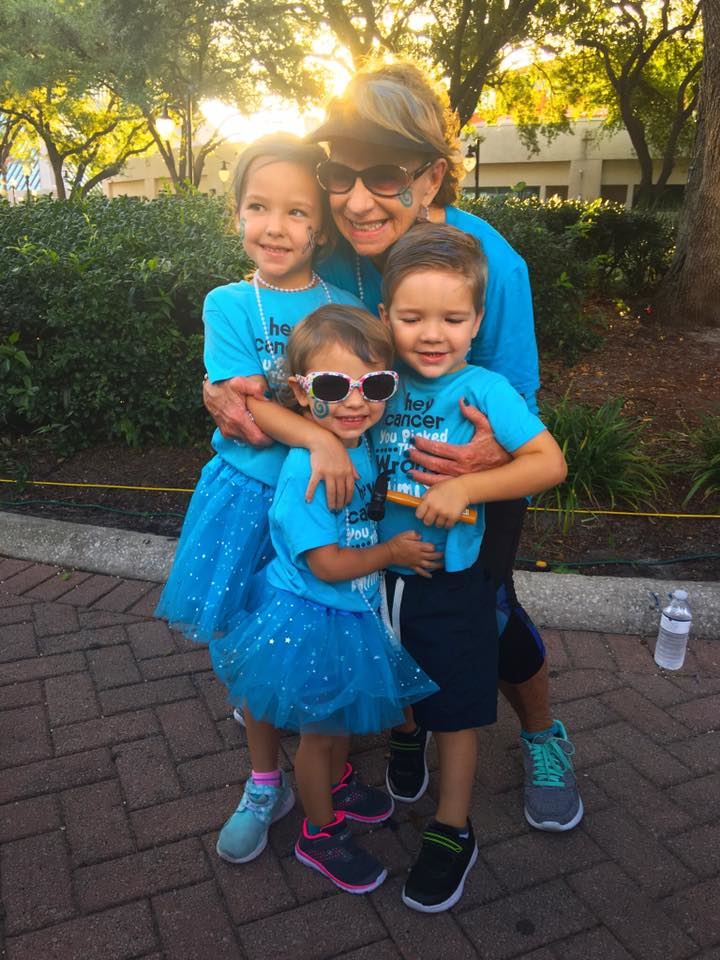 I was diagnosed with Lung Cancer in December 2014- Stage 4 non-small cell adenocarcinoma in both lungs.

On Dec. 11, 2014 I was at work and had a pain in my chest on my left side. I became concerned when it was still there two hours later. I felt like I couldn't take a "deep" breath; I was thinking I may have been having a heart attack. I went to the ER and they did an EKG - all was good with my heart. They then did a CAT scan and that is when I received the news that changed my life forever. The ER doctor said very bluntly, "We found a spot on your lung which appears to be a tumor." I also had pneumonia as a result of the tumor. I looked at my husband and said, "I need a bag, I am going to be sick." I made my husband promise not to share the news with our two adult daughters or anyone else until we knew more. I was scheduled to have a biopsy and several more tests and would need to see an oncologist. My husband of 44 years did secretly confide in a friend of ours who is a PA at Mayo clinic; he was so scared he had to find out what this meant for me. We were both avoiding any conversation around "it", even between us. I was completely in denial. We were both very scared and I felt as though I had been given a death sentence. I mean, who lives more than three months with lung cancer? I was a very healthy 63-year-old woman. I didn't even feel ill when I had the pneumonia! No cough, no wheezing, no COPD - nothing!

Fast forward to the end of January 2015. We met with the oncologist and found out the specifics; not good. Stage 4, tumors in both lungs. The doctor recommended chemo once every three weeks for eight hours at a time, It was grueling! We finally after the holidays and when we knew everything about my diagnosis shared it with my two adult daughters, who completely fell apart. I ended up telling the rest of my immediate family shortly thereafter. There were a lot of "I love you", tears and, "you can beat this!" I wasn't so sure I could!

I started my 12 weeks of chemo, lost my hair, bought seven wigs (I wanted to have some fun with it) and actually handled the chemo quite well considering. I continued working, sometimes at home if I wasn't feeling up to speed, but most of the time I pushed myself to go into the office. By now I had made up my mind that I would beat this and "Cancer was messin' with the wrong person!"

After three months of chemo, my first PET scan showed the chemo had worked! My tumors were shrinking and no new cancer was found. My incredible doctor wanted to start me on a new cutting edge treatment that had just been FDA approved immunotherapy drug-Opdivo. This was in July of 2015 and a year later my tumors continued to shrink, no new cancer had been detected since I have been receiving this miracle drug. Side effects of Opdivo for me are minimal. I have hair that is my own I am feeling great and looking pretty good for someone who has been thru what I went thru. I continued to receive Opdivo every two weeks and have scans every three months.

In the summer of 2017, my PET scan results were shocking. I had no active cancer, the tumors were virtually gone and I was officially in remission-which I never thought I would be!  All the prayers and support I have received from my family and friends, has helped me thru this journey. My journey has been a scary at times; but it has taught me to never take anything - including life - for granted! I try to make the best out of every day I am on this planet-none of us know when our time will be up, but until that time, I am so blessed to be alive and feeling so darn good. I thank my family, friends, and God for getting me where I am today! I GOT THIS!

I have recently been nominated as the Lung Force Hero to represent the state of Florida at Advocacy week in Washington DC where Lung Force Hero’s from every state will come together to raise awareness and the importance of increasing research funding for better treatments and early detection for lung cancer. No one deserves cancer of any kind!