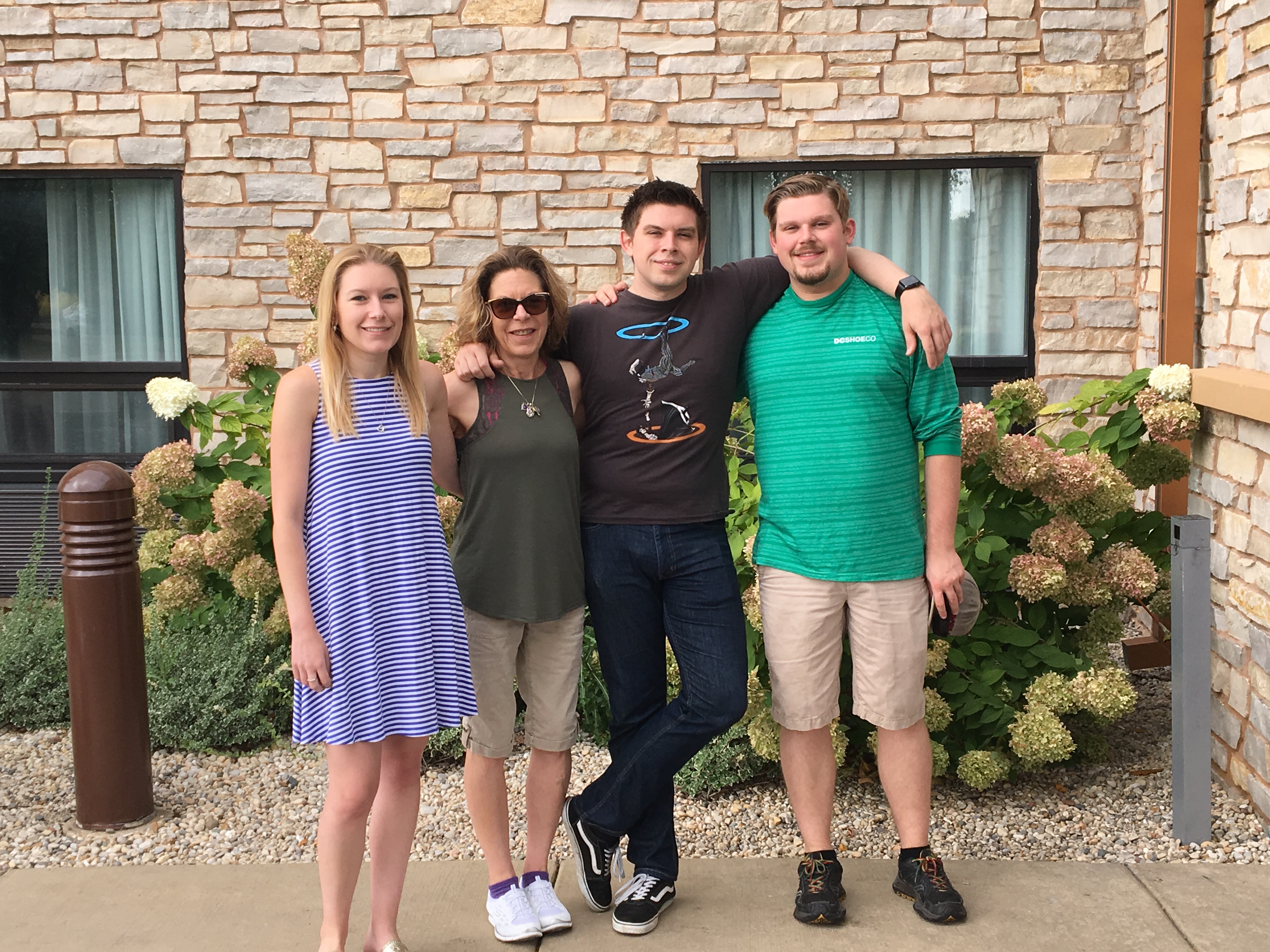 It was a typically cold February 6, 2014 in Wisconsin. I had a headache that turned into a migraine.  Nausea, dizziness and severe light sensitivity. My husband brought me to the ER at Thedacare Regional Medical Center in Neenah, WI. In came Dr. Christopher Hugo with a loud booming voice and I thought please...I have a migraine. After some questions and blood work, Dr. Hugh ordered a head CT scan. I was sedated to help the migraine pain. Dr. Hugo then ordered a second CT scan as he saw some kind of shadowing he wanted to investigate further and off I went again.

All I remember after that was him talking to my husband saying "it could be cancerous" There there were 2 nodules, 1 in each upper lung area. I was of course terrified at the thought of a cancer diagnosis.

Fast forward to UW Madison Hospitals and Clinics and to Pulmonologist, Dr. J Scott Ferguson. Following a Bronchoscopy and needle guided CT the diagnosis of adenocarcinoma was confirmed. Fast forward once again to Thoracic Surgeon, Dr. James Maloney also at UW. The "Gold Standard" in my case was to completely remove the right upper lobe and to perform a wedge resection on the upper left. I have always been extremely particular with regard to my medical care and the physicians I have come to trust. Although all the physicians explained made perfect sense, I felt a second and third opinion were in order.

Two months after my diagnosis I had separate surgeries to remove the nodules. I received good news that the nodules were independent primaries and there was no lymph node involvement! I was in stage 1. As you may know, finding lung cancer in this stage is not common. Furthermore, I have never had a migraine prior to or since the one that sent me to the ER. My angel was most certainly my Mom who passed 9 years ago from end stage COPD.

I am now 5 years post surgery and considered CANCER FREE!! My treatment was curative surgery only, no chemo, no radiation, no immunotherapy, no medications and a rescue inhaler I rarely use.

Dr. Ferguson, my Pulmonologist at UW Madison Hospitals and Clinics refers to me as one of their star patients as my PFT's are not far off normal limits. Now that I have achieved the 5 year mark my follow ups will be annually. Dr. James Maloney, Dr. J. Scott Ferguson, their APNP's, nurses and all that I have come to know in Madison are like extended family to me. May God always bless my medical team and Dr. Christopher Hugo who saved my life!