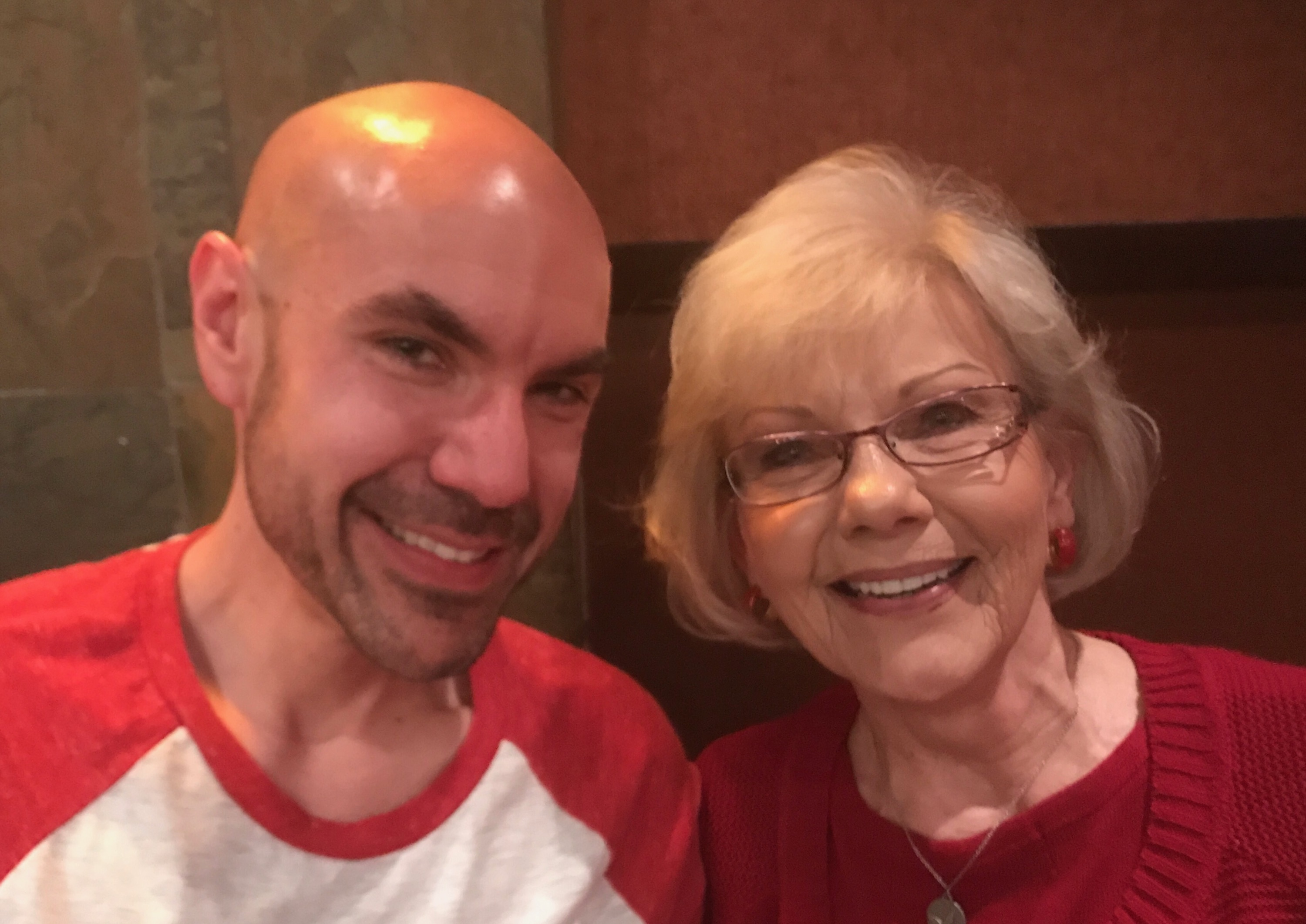 I will never forget the moment I learned my mom was diagnosed with lung cancer. It was July 15, 2015. At that time I was living in Florida for work and was seriously contemplating a permanent relocation. It was a day like any other day. My mom and I are very close. She is my best friend. The phone rang and we started off our conversation like we normally do, she asked how my day went and then I asked her. Her tone changed and I could sense something was wrong. She explained that she had something to tell me, but that she really didn't want to tell me over the phone. I never would have guessed what she said next.

She went on to explain that she had gone in for routine doctor's appointment where the doctor informed her about a newly approved test for seniors that would now be paid through Medicare. Though she was not ill, given her health history and chronic bouts of bronchitis, the doctor felt it was a good idea to get this test. Within two days they provided her the results that there was a mass the size of a tennis ball in her upper left lung. This proved to be much worse than we initially thought. Further testing showed that it was actually Stage 4 lung cancer which had metastasized to her liver and pancreas. Because of her diagnosis, neither surgery nor radiation would be treatment options - the only plan of treatment would be indefinite chemotherapy (immunotherapy wasn't even mentioned). The oncologist gave her only eighteen months to live, as a best case scenario. The news was devastating, but what was especially hard was that I was 1.500 miles away in Florida; so being with her was just not an option, at least at that very moment. Our lives had been changed forever!

Within a thirty days, I had moved back to New Mexico. Additional testing was done to ensure the right treatment protocols were put in place and my mom finally had her first chemotherapy treatment on October 30, 2015. She has been such a trooper with the treatments. She received a chemotherapy treatment every 21 days. She handled the first two fairly well, but by the third one she was starting to feel the effects and was getting increasingly sick. She made it through Thanksgiving, Christmas and New Year's, but shortly thereafter she was in really bad shape.

By the end of January 2016, it was decided to reduce the intensity of her treatment by removing one of the chemotherapy drugs in an effort to improve her quality of life. She was feeling much better until about the middle of April 2016 when some symptoms had resurfaced which signified that the cancer had become more active. So then the other chemotherapy drug was added back, and by the beginning of May 2016 it was bumped even higher by adding another supplemental drug that was supposed to help the chemotherapy drugs work better. Sadly, it came at a price as she had been continuously fatigued with really no improvement in between treatment cycles. Still, the blessing is that even with the chemotherapy treatments, she looks just as healthy as she did on day one; no hair loss, no weight loss and virtually no debilitating side effects aside from the fatigue. However, by the time October 2016 came around, the damage to her body was causing more issues than the benefits the chemotherapy treatments were providing. She started to have issues with her heart (when she had no issues previously) and she also started to have breathing issues which required her to be on oxygen. Within a 30 day period, we visited the ER three different times.

Her situation became very unsettled and we were very concerned. It was clear that continuing on the chemotherapy would not be an option. So by December 2016, it was decided to take her completely off of chemotherapy and put her on a new immunotherapy drug called Opdivo. She has been on this new drug for three months and feeling much better and we are hopeful for continued progress. Her heart and breathing issues have vanished, almost like they never existed! It really has been a miracle turn-a-round for her!

As for me, I've experienced my own journey over this same period of time. It's difficult to sit by and realize that there is absolutely nothing you can do to change the situation that your loved one is experiencing. You end up feeling powerless, helpless and even hopeless. You start to wonder why something like this could happen and worry about what might happen next in the process. These past 18 months have certainly been life changing in many ways. I've come to the conclusion that though this was not what I had in mind for my beautiful mom and I; that the situation is what it is and for some reason it is happening to us, not to harm us but rather to help us learn to look at life differently and to maybe even to help others learn through our situation as well.

We've been so blessed to have had this additional time, time that we really weren't certain we would be given. I feel that our journey is proof that though there might be statistics provided to you at the time of a diagnosis that those statistics don't have to become your personal reality. I am just so very proud of my mom. She has endured a lot and still fights strong each and every day. She is an absolute inspiration and in my opinion, a beautiful testimony that that anything is possible!