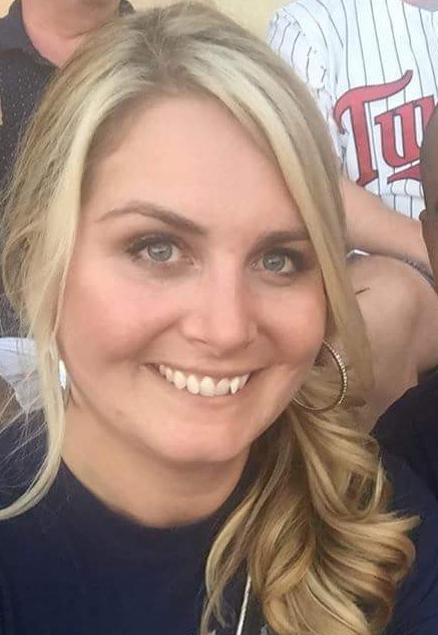 My name is Michelle and at 32 I was diagnosed with lung disease. My story begins in 2009. I married my best friend, my career took off, and I trained and completed the IronGirl. I never would've thought that in a few short months I would be fighting for my life.

I rang in the New Year with my new husband, new job, new life, and my first symptom. My feet were sore and swollen. I thought it was due to a great night of dancing and celebrating. Over the next few weeks the pain and swelling became worse and had moved to my hands. I went to my doctor and she found I had higher than normal inflammation in my body, so she referred me to a rheumatologist.

As the doctors were trying to figure out what was wrong with me, I decided to fight through the pain and start training again. In February I took a 60-minute cycling class that should have been a breeze, but I found it was difficult to complete because halfway through I could not. I remember thinking to myself, "Am I this out of shape already?" I went back to my regular doctor. Thinking it was unrelated, she told me I had exercise-induced asthma, prescribed an inhaler and sent me home.

By the first week in March, my pain and swelling condition had gotten even worse. My rheumatologist was perplexed as to what was causing the issue, but it was clear that I was running out of time. I was no longer able to care for myself. I couldn't lift my arms to brush my hair or even my teeth. I struggled to feed myself or even get out of bed without the help of my husband. My husband went out of town for a business trip and asked my mom to come stay to help with the children. My mom later told me she would cry after I went to bed. She would look at my wedding picture from one year prior, then look at me sitting in front of her. She knew I was in trouble.

On our one year wedding anniversary, my husband packed our bags and we went to the Mayo Clinic. It didn't take long for them to diagnose me with an autoimmune disease called Polymyositis and Interstitial Lung Disease (ILD). My lungs were at 47% lung capacity and they were struggling to get the required oxygen to the rest of my body. We quickly realized the seriousness of this life threatening disease.

Mayo was able to treat me and sent me home to get well. Over the next few months I worked very hard to get well but it was difficult. I struggled with many things like taking a flight of stairs, vacuuming one half of my room, and getting my son to the bus stop a block away. I had to rest twice just to catch my breath. I could see the concern in his eyes, but he never asked questions. I saw the watchful eye of all of my family during those months. No one wanted to talk about it. The only question I got was, "how could this happen to you, you are so young?!"

A few months after being home, I heard on the radio the American Lung Association was hosting a 15 mile bike ride to bring awareness to lung disease and lung cancer. I thought, "I can do this! I did more than this last year during the IronGirl." I just left out the fact that I was recovering from a scary flare of ILD. I spoke to my husband and my pulmonologist about this great idea. They both looked at me with a little bit of surprise and said if I thought I could do it then I could try.

I had five months to get well and prepare. I worked a lot with the American Lung Association (ALA) those few months before the ride ensuring the right safety measures were taken. The day of the race I showed up with my bike and a lot of determination. I found the people who helped me over the last few months to ensure I felt safe and who encouraged me the whole way.

The ALA team so excited to see me. We hugged like we were family. They asked me if I wanted to do interviews, they introduced me to senior members at the American Lung Association and even asked me if I wanted to cut the ribbon to start the race. At that moment American Lung Association had me hooked! I finished the race that day. I can't say I biked the whole way, I did have to walk my bike at times. I also stopped a lot to rest. At one point I broke down and almost gave up. I decided I wasn't going to let this disease beat me, so I got back on my bike still crying and finished the race. I called my mom after the race and we laughed and cried. She was nervous about me riding that day, but was so proud of me. That race meant more to me than any other I had done prior, even the IronGirl. I proved a lot to myself that day about the fight in me.

Every year I would come back to the ALA events and each year I brought more and more people. In 2011 we completed a 16.5 mile bike ride. I had a team of people ride with me, including my 67 year-old mother. When somebody asked her how she could do that at her age, she said, "If my daughter who has lung disease can do it, then why can't a 67-year-old woman do it?" 2012 and 2013 ALA changed the bike ride to a 5K walk, and my mom was very grateful. Each year our team grew larger and larger and each year I was so overwhelmed with gratitude.

The end of February 2014 I was in San Francisco for work and my mom called me. She said she went to the doctor again and this time they thought they saw a shadow in her chest x-ray. My mom had a cough for about a year and had been to the doctor eight times for it. She was diagnosed with bronchitis or pneumonia each time, but no one went further to see why this was reoccurring. I took the next flight home and I called my pulmonologist. He was no longer taking new patients, but agreed to see my mother. He ordered her a full day of tests; CT Scans, breathing tests, PET scans, etc. It was deja vu. Five years to the day I am back at Mayo going through all of these tests, but this time it is my mom. A lung biopsy confirmed it was lung cancer and her PET scan showed it had spread to other areas, including her lymph nodes. My mother was diagnosed in March 2014 with stage four lung cancer and she passed away in August 2014. The year before, we spent our last Christmas with our mother and two months before she was diagnosed, we celebrated her 71st birthday. We had no idea there was a monster living inside of her.

I've been on both sides of these horrible lung diseases. I've been the patient who was sick and scared and I have been the caregiver who is powerless and alone. It is important we educate others on these diseases, that we raise awareness and money for a cure! It is important that nobody else has to tell a story like mine.

This year I had my first daughter, Charlotte Diane, and she will not get to meet her feisty, fun-loving, spirit filled grandmother Diane.

I will pick up the fight where my mom set it down. She is at rest, her fight is over but mine will not be done until this monster called lung cancer is gone. I'm not satisfied with saving one. I want to save you all.