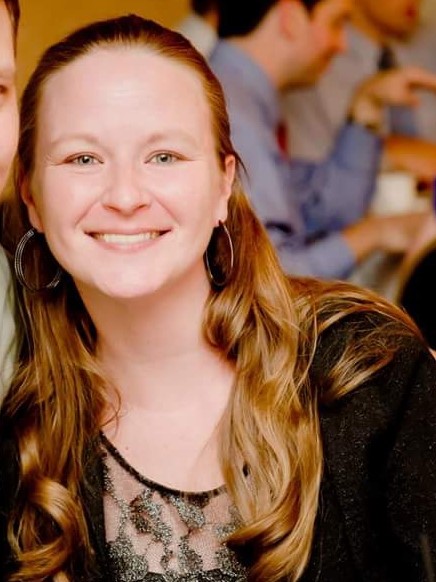 My family and I are proud to help us raise money for the Lung Force Walk, supporting the American Lung Association and specifically for our team, Wonder Katie, in memory of my sister. I wanted to share Katie's story with you in an effort to express why this walk means so much to my family and me.

When my sister was 30 years old, she made an appointment with her general practitioner, suspecting she had a case of bronchitis. Her doctor was concerned, and ordered an x-ray and later a biopsy of her lung. The results of the testing changes our lives forever. My strong, healthy, young, active sister had stage 4 adenocarcinoma in the lining of her lungs. This is a cancer that is inoperable and there is no cure. She was presented with devastating statistics and a grave prognosis. The five-year survival rate for small cell lung cancer is only 6% and the average life expectancy is around 12 months. Contributing to our shock was that we had no idea what had caused this illness to appear. Like 15% of people with lung cancer, Katie's was not caused by smoking.

I will never be able to imagine what my sister went through in the time after her diagnosis. I imagine that I myself would fall into a pit of despair and hopelessness if I faced this sort of forecast. Katie did not. Alongside a team which comprised the best doctors at the Hospital of the University of Pennsylvania, Katie was ready to fight. For over seven years, she heroically battled this disease despite countless setbacks.

She maintained a full time position as the Manager of Patient and Guest Relations at Pennsylvania Hospital, scheduling her chemotherapy appointments around her lunch breaks and working longer days to afford time off to recuperate from treatment. She rode the train from the suburbs every day to and from work, enduring the risk of infecting her already compromised immune system. She made time to travel with her husband, met with friends for lunches and happy hours, and loved to spend time with her nieces and nephews. For as long as she was able, and surely motivated by her deep love for her family and especially her husband Chris, she pressed on with her signature permanently cheery disposition. Katie was 'lucky' in the way that she responded so positively to treatment. She heard that often, and would balk at the phrasing. Despite her fierce exterior, Katie's journey was not easy. With only short temporary breaks, she received chemotherapy every three weeks for years. She was given a cocktail which comprised three drugs that worked very well to control the growth of her cancer, but she turned out to be allergic to one, which resulted in life threatening pneumonitis. She was eventually approved to be in a clinical trial for a chemotherapy pill, but had an adverse reaction to that as well. It seemed, for a long time, that with every advancement also came a setback. She was often sick and in pain, although she very rarely showed it. She experienced heartbreak and loss, but with the love and support of her husband she never lost hope.

It wasn't long before she adopted Wonder Woman as her totem. She had always been a fan of comics, and this hero in particular, but with the current battle she faced, she greatly identified with her strength and fortitude.

In the last 9 months of Katie's life, her condition worsened. She developed malignant pleural effusion, which meant fluid was building around and compressing her lungs. It became harder for her to work, so she had to reduce her schedule, and then was forced to stop working altogether. We lost our brother unexpectedly in February, and shortly after, Katie was admitted to the Intensive Care Unit and incubated for 10 days. When she was released, she was sent home with portable oxygen and increased limitations. The next few months brought more setbacks and hospitalizations.

We, her family organized "Wonder Woman Days" on days that she was receiving test results or slated to try new treatments. These were opportunities for friends from near and far who had been touched by Katie's story to don Wonder Woman gear and post their photos on social media. This sent a message to Katie that although this fight was hers alone to face, she had an army of loved ones behind her.

On June 28, 2016, Katie's body reached its limit. I will never say that she lost this battle, because if it had been a matter of willpower and resolve, I have no doubt she would still be with us today. She left behind a legacy that will live longer than any of us. The message of bravery, perseverance, hope and love is one that those of us who knew Katie will never forget.

We will walk on May 13 to support and help anyone who has been affected by lung disease. We strive to increase the awareness of lung cancer, which is the number one cause of cancer deaths: more than breast, prostate and colon cancer combined, yet receives only 10% of the funding of that of breast cancer. We want to raise funds to help researchers develop new early detection methods and treatments, as we know Katie's ability to fight for so long was thanks to this. We hope to erase the false and negative stigma attached to lung disease and to increase recognition that anyone with lungs can get lung cancer. We will wear our Wonder Woman shirts, fly our flags and wear our buttons to remember Katie and to keep alive her legacy.

Thank you so much on behalf of my entire family for helping to support this wonderful cause.