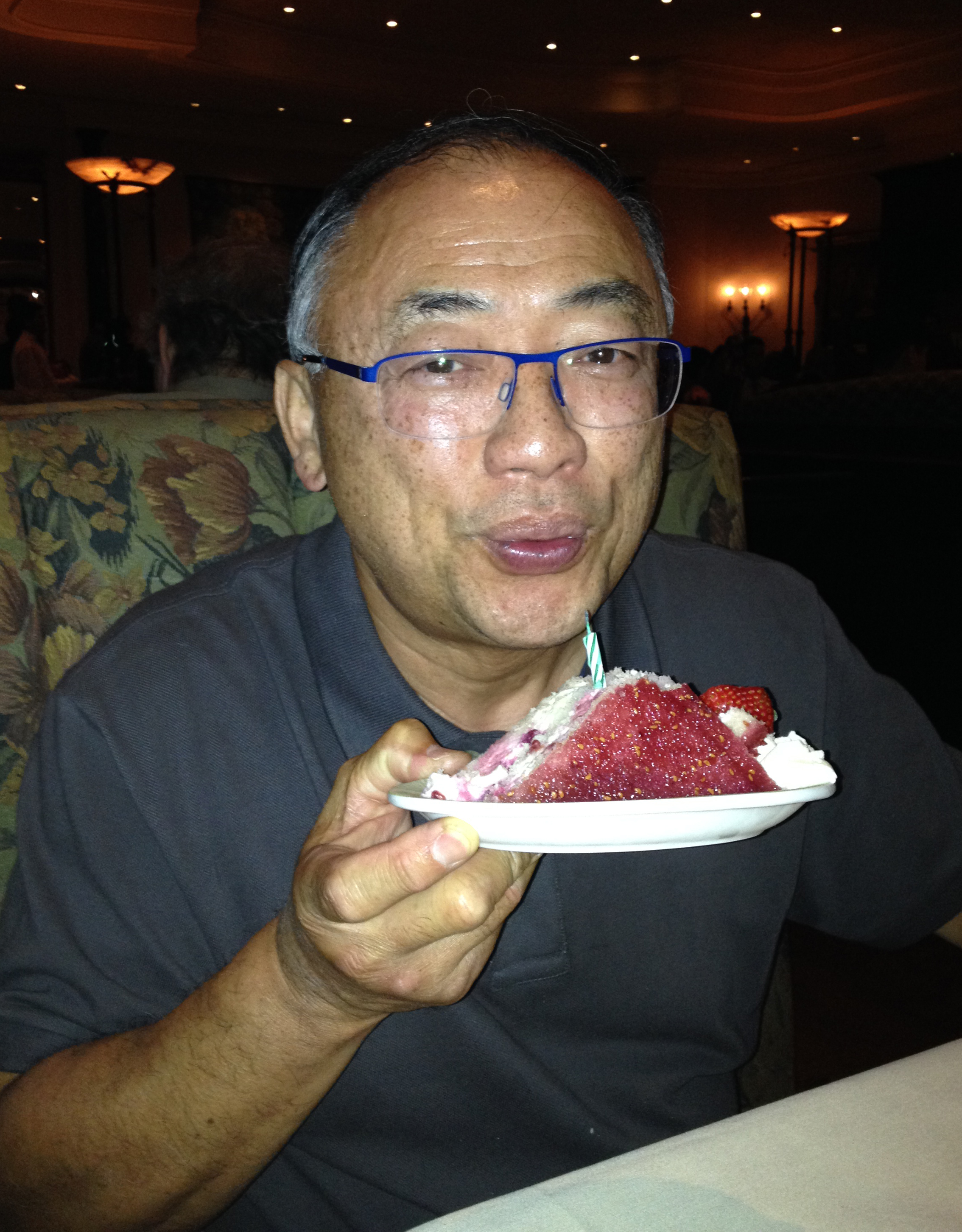 Just a little over two years ago in mid-July 2015, I developed double-vision in my right eye only. Initially, various doctors thought it was diabetes related or a neuromuscular disorder (Myastenia Gravis). After nearly two months of carbohydrate free diet, nerve tests, and trial on medications, my son, a third year Internal Medicine and Pediatrics Resident, suggested I ask my doctors to have me do a lung scan.

My son said there could be a peri-neoplastic syndrome taking place, in other words, possibility of a lung cancer playing out. He was correct. As soon as the scan results came back, the results showed a near 2 inch x 1.5 inch tumor in my left lung. I immediately switched hospital institutions to an exclusive cancer medical center in Los Angeles. Within a month there after attempted surgery, it was determined I had stage 4, non-small cell lung cancer, Adenocarcinoma. I was placed on medication, as I was fortunate to have been found to have a EGFR mutation in the cancer cells (Exon 19 deletion). I am currently in remission. The treatment is working, though some of the side-effects are tough, but I am still alive to my wife and kids.

I am an Asian male, non-smoker, and at the time just turned 61. Was it due to second-hand smoke exposure? Was it due to exposure to diesel fuel fumes (former U.S. Air Force veteran working the flight line)? Was it the exposure to radiation in my line of work in the military? I pass on my story at my church. The low-dose CT scan can save lives. At the City of Hope Medical Center they offer free low-dose lung scan as part of a nation wide study on second hand smoke. Some took me up on their offer...a couple of them are following up on nodules found in their scan. Yes, possible lives saved.