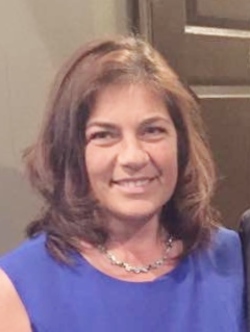 I wish that my mother was here to tell her own story, but because of asthma, that can't happen. Instead, I will tell it and hope that it brings awareness to the severity of lung diseases.

Kim DeCapite was 49 when she passed away. Her death was not caused by the usual suspects like cancer or a heart attack, but rather by asthma that she battled with her entire life. A beloved mother of two and life partner to her boyfriend Zach, Kim was one of the kindest and most vibrant people you could ever hope to meet. From individually greeting all of the customers at their restaurant, to being an instrumental part in her children and grandchild's life, she made an impact on everybody she made contact with.

One fall night while she was asleep, she had an asthma attack. Like the selfless person that she was, she didn't wake anybody up to ask for help until it was too late. By the time paramedics got to her, she had to be resuscitated and brought to the hospital. But the lack of oxygen to her brain during those crucial minutes did more damage than her body could overcome. Our family spent eight of the longest days of my life in the hospital, trying everything we could and waiting for a miracle that would never come. On October 3, 2015 my mom passed way, leaving a gaping hole in our hearts that will be there forever.

The outpouring of support from the community and our friends and family was overwhelming and a true testament to how many lives she had touched in her 49 short years. I had never heard of somebody dying from an asthma attack, and neither had  the majority of people that I spoke with at her viewings and funeral.

My hope is that by sharing my mom's story, we can bring awareness to lung disease, not just asthma, and learn to take great care of these essential organs, and to never take your healthy ones for granted.