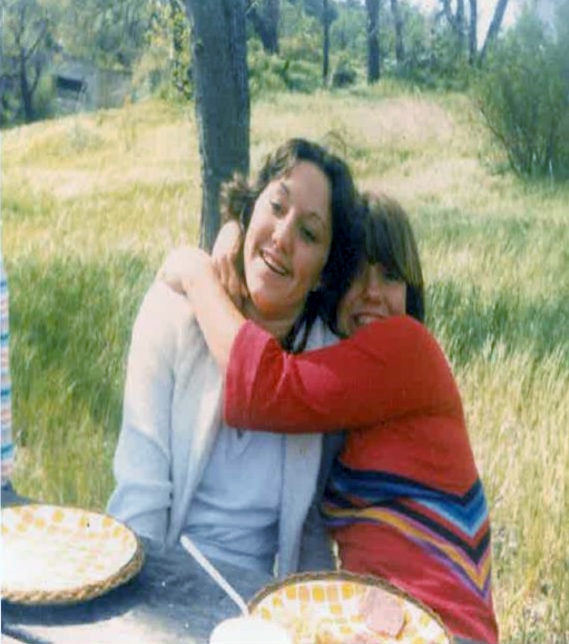 July 2014, I was on my way to visit my son and his wife, when I got the call. It was my brother-in-law, "We have us some cancer?" "What? We? Who? What do you mean?" My mind was a jumble of questions, while in my heart I already knew what he was going to say next. I remember vividly the desperation I felt, how could I prevent him from uttering the next sentence?..."It's your sister, Carol."

To say I was devastated by the news that my baby sister, who only a few months earlier celebrated her 50th birthday, had cancer would be a gross understatement. In the moments after that call, I felt my world shatter around me.

Now, it is not as if cancer was something new to our family, we had lost three grandparents to various forms of cancer, though none at such an early age. However, it was the timing of my sister's diagnosis that felt especially cruel. Our father died a violent death in our adolescence, leaving my mother, two younger siblings and I, to pick up the pieces and move on. Something we all did with varying degrees of struggle, failure, success.

At the time of Carol's diagnosis, she and I were the only remaining survivors of our nuclear family. Our mother, age 70, and brother, age 47, both died within a four-month period the previous year, between January and May of 2013. My sister and I were still grieving those hard losses, so how could we even contemplate this new turn of events? We had promised each other we would grow old together.

I rushed to be with her, becoming her caregiver for what would turn out to be the final four months of her life. The first month we only knew that she had Stage IV, widely metastasized cancer, which included a pelvis riddled with micro fractures, due to the cancer's spread to her bones, and a tumor on the base of her spine that was removed to prevent paralysis. What we still didn't know was the origin. It would be another month before the doctors finally pinpointed it as lung cancer.

Oh, I know, you are asking yourself. "Was she a smoker?" No, however, we grew up in a household where both our parents smoked. Did that contribute? Maybe. She also worked for a long time in the dry cleaning industry, a potential source of exposure to cancer-causing chemicals. Was that a source? Possibly. Was there a genetic component? Could be.

Yet, the question "was she a smoker" is inevitably the very first thing that falls from the lips of virtually every person to whom I tell her story, even before they say "sorry for your loss." And, it is a question that angers me. Every. Single. Time. Recently, I have begun to reply "why do you ask?" Because what can be the purpose of that question, other than as a statement of judgment? I no longer even answer it. Instead, I continue by saying her life, her story, was more important than what caused her cancer. She was an incredibly dynamic person, funny, irreverent at times, full of enthusiasm and optimism, even when life was less than kind. Her life was cut short by a disease, which is still too little understood, too widely stigmatized, and to which too little research and prevention dollars are committed.

We shall never know with any certainty what caused my sister's cancer. And, to those of us left behind it hardly matters, because once you receive a diagnosis of lung cancer the question of how you got it feels completely irrelevant. Even if she had been a smoker, what would that change? Would it make her less deserving of our empathy, of aggressive treatment, of compassionate care? I say, "Absolutely Not!" At least it shouldn't because no one "deserves" lung cancer, anyone can get it, and too many do.

As the result of my journey with my sister to the end of her too short life, I am committed to:

I can’t bring my sister back, but if by speaking up and sharing our story, it helps bring about any of the changes listed above, it will bring me some solace to know that she didn’t die in vain.