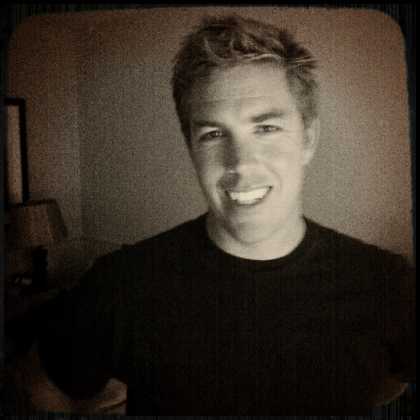 My 43 year old boyfriend began having back pain in January of 2016. He was living in China at the time, and an X-ray at a Chinese hospital showed a large mass in his lung. The doctor, through a translator, simply said, "Go home and see your family." Four days later he was back in the US and diagnosed with Extensive Small Cell Lung Cancer that had spread to his bone and brain. He had stopped smoking 10 years prior.

I had no idea what Small Cell Cancer was, and became increasingly devastated the more I learned. Unlike Non-Small Cell, there are no new treatment options. Like most Small Cell patients, he did great during his first round chemo, but then the cancer came roaring back in July, spreading to his liver and his spinal fluid.

Our best hope was a clinical trial for the drug Rova-T. The genetic testing for trial approval took six weeks. He only lived three...

He was in the prime of his life, and had everything ripped away from him: his job, his hobbies, his sense of peace and security, and finally his life. He blamed himself for this cancer, even though he was too young for it have been caused solely by smoking, and even though he had quit smoking 10 years ago. He withdrew from people's subtle judgment, he was ashamed every time the first question out of someone's mouth was, "do you smoke?"

My greatest wish is for more funding and more research for Small Cell Lung Cancer. I've grown to know a lot of other patients with this disease, and one by one, they are falling.

Right now, someone is being told of this diagnosis, and their life and their loved ones lives will never be the same. I hope that we have more options in the future, more hope, more understanding, so that no one has to walk the path that Ben did.