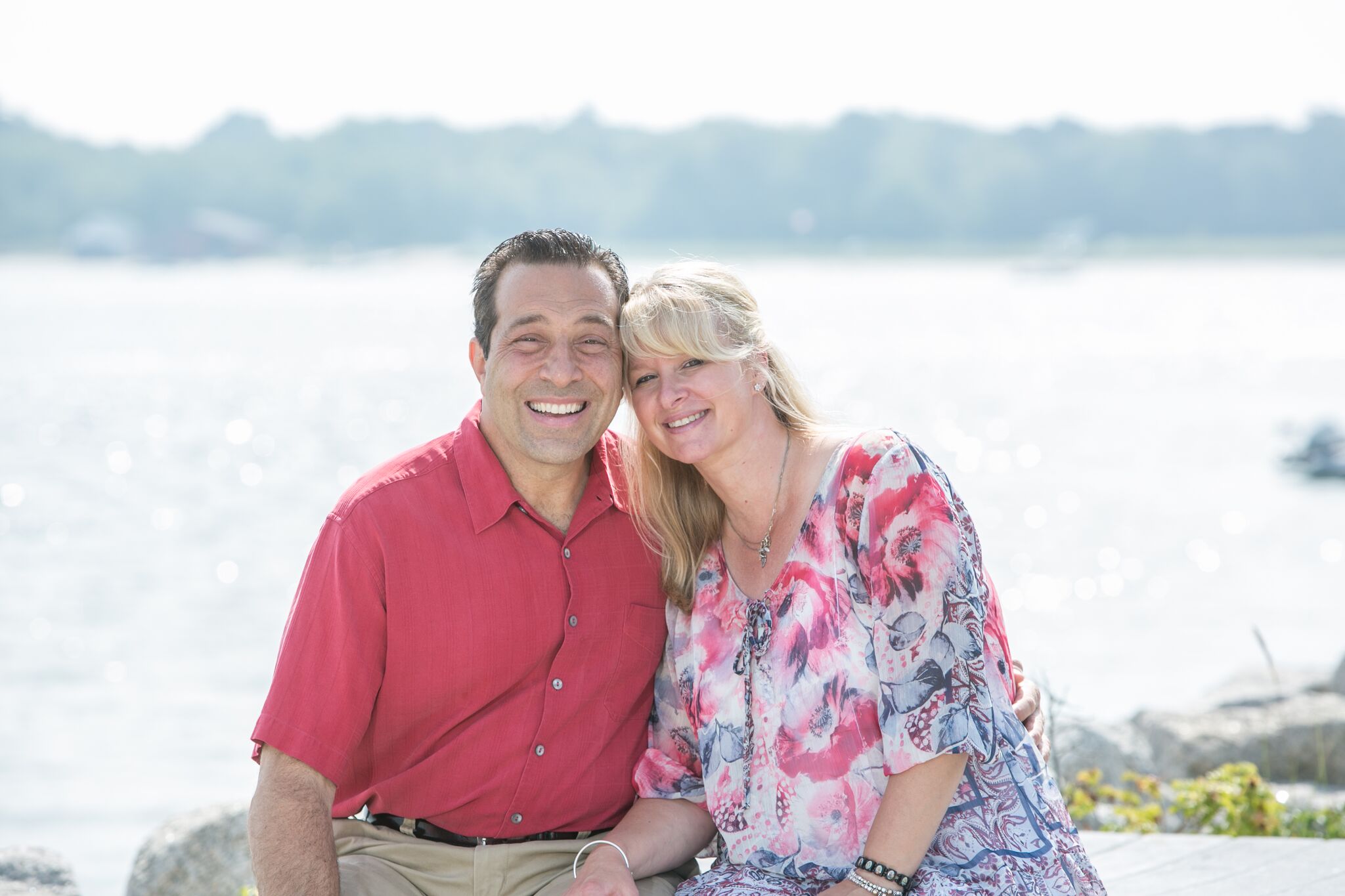 I guess in the back of our minds we sometimes fear the worst, but never expect it can happen to us. Well back in the summer of 2014 I started feeling much different and not for the better. It started with a simple cough that just wouldn't go away. Each day it just got worse and worse. After seeing my doctor on several occasions he was confident it was either a bad cold or maybe even asthma. But several rounds of antibiotics did very little. In fact I was getting worse by the day. I could no longer walk up a simple flight of stairs without taking a break halfway through. Something was definitely wrong. In October I began experiencing unusual leg pain. I was told to head to Maine Medical Center's emergency room right away. It was at that time a CT-scan was ordered. Shortly after I was told there was a good sized tumor in my left lung. My husband David and I were both saddened and stunned. How could this happen to someone who had never smoked?

Before things got better they actually got worse. We had a meeting with the oncologist at Maine Medical's Cancer Center in Scarborough. We were told that my lung cancer had also traveled to different parts of my body including my liver, spine and lymph nodes. With two beautiful children at home I wondered - how could their otherwise healthy mom have Stage IV lung cancer? To make matters even worse we were told I had two years at most to live! We couldn't even breathe when those words were spoken. The doctor wanted to start chemo right away, but David really wanted a second opinion.

After several phone calls we were headed south on 95 to the Dana Farber Cancer Institute in Boston. There we met a world renowned oncologist. From my first appointment we knew this was the place we needed to be and this was the doctor who was going to get me better.

Before mapping out a medical game plan, the doctor performed genomic testing to find out exactly what kind of cancer I had. Maybe there was a new treatment targeted for my specific cancer which is called Ros1.

He talked about an arsenal of new weapons to fight cancer including targeted therapy. Targeted therapy is a less evasive form of chemo therapy that targets your specific type of cancer without those horrible side effects you get with regular chemo.

Originally I was put on a drug called crizotinib. My doctor knew that was just a bridge to a new drug that was still in phase one of a clinical trial and not yet available. For the first few months the crizotinib helped, but around the eighth or ninth month it stopped working and the cancer had awoke.

By October of 2015 I began a clinical trial which was now in phase two. I began taking a new targeted therapy called Lorlatinib. Almost instantly I began feeling better. Within several months the spots on my lymph nodes, spine and liver were gone - while my main tumor in my lung had decreased by 50 percent.

Thankfully I'm feeling better each and every day, but with cancer I guess you're never really out of the woods. That's why research is so critical. There are new drugs coming soon and I honestly believe someday we will beat cancer!

I have a fantastic support staff at home and at Dana Farber! I am in this fight for the long haul. I want to be here for my two beautiful children Drew and Danielle and for my David! It's been quite a ride with many bumps along the way, but through the dark clouds there's a silver lining...I'm still here...and still fighting!