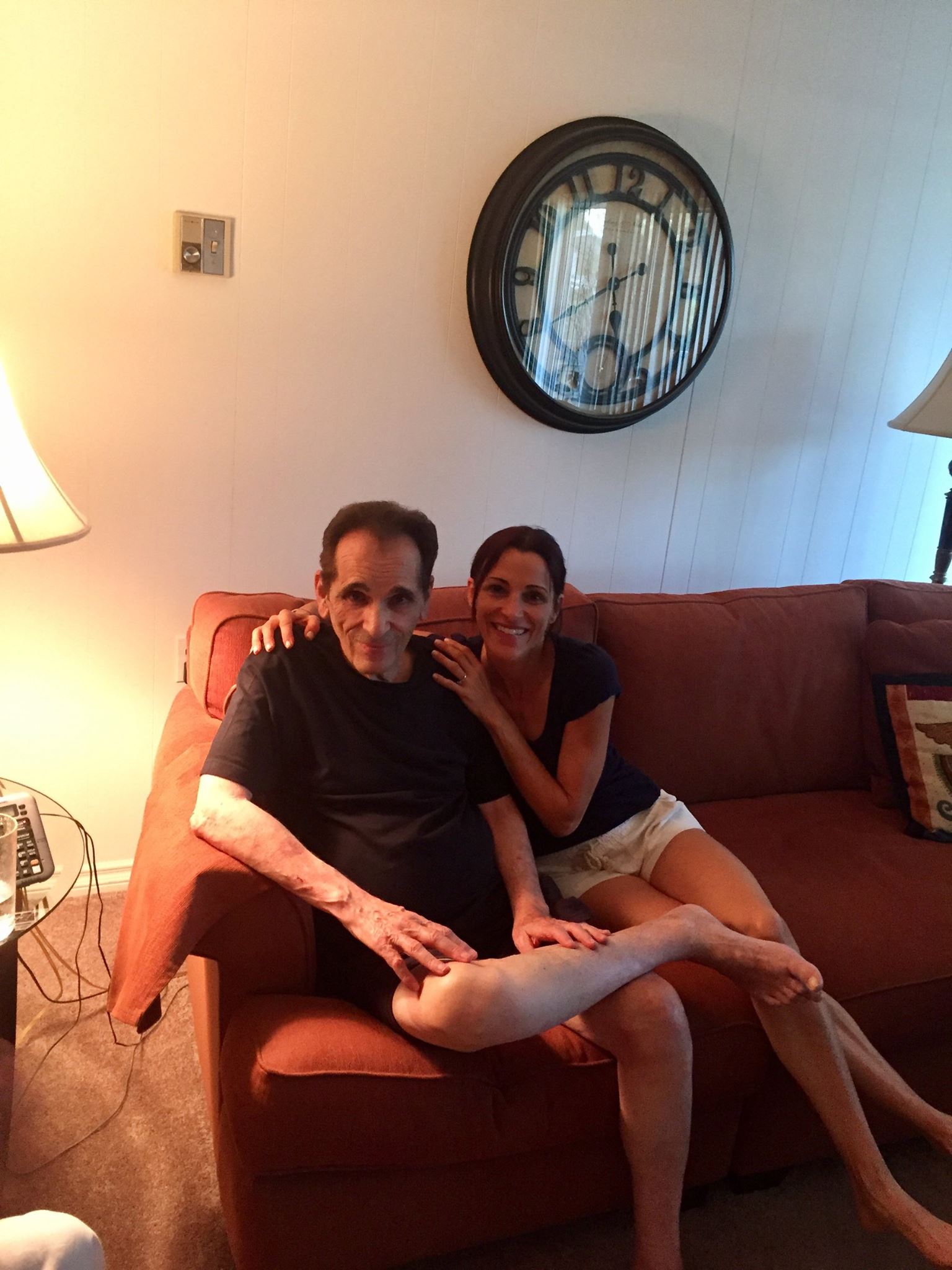 My father was diagnosed with lung cancer in early July 2017. Early 2017, my dad experienced pain in his sciatica and pelvic region. He immediately went to his doctor and then to one of the top neurologists in Orange County, CA. In no particular order, his doctor sent him to a chiropractor and physical therapist, put him on steroids, and finally heavy-duty pain killers. As months went by things got worse. My dad had an immense amount of trust in his neurologist, a man at the top of his field. Finally, after the pain could no longer be managed, his doctor scheduled a CT scan which revealed a lesion. A lesion = cancer. That then led to a biopsy. My dad had a condition called Monoclonal Gammopathy, which can be a precursor to Multiple Myeloma. Given the pain in his bones and the lesion found, we thought it had progressed to MM. Very, very sadly, that was not the case. Instead the biopsy revealed lung cancer. It had already metastasized to his pelvic region. As the pet scan then revealed, it was in his left hip, ribs and spine, bilateral in his lungs, etc., etc.

My dad was a smoker. He quit 40 years ago. My dad was a heart patient. He had his first open heart surgery when he was 32, the second when he was 45. Angioplasties, Atrial Tachycardia, the list goes on. Yes, heart disease runs on my father's side of the family. My grandfather and his three siblings all died before the age of 55, which is why I am so passionate about overall health and wellness.

I would never have imagined how awful this would be. From the initial diagnosis and the manner in which the healthcare system "handles" terminal illness, to the heartbreaking decline of my dad's health. My family has been through a lot over the years with my father's heart conditions, but nothing had prepared us for this, nothing. It's not pretty, my friends.

Lung cancer is the worst cancer out there. Why? By the time one finds out he/she has the disease, it's too late. The oncologist told my dad that with a combination of chemotherapy and immunotherapy he could live 12 to 16 months, without these treatments, 6 months. What the oncologist didn't tell my father was how awful chemo would be. There was no consideration at all as to my dad's "heart" disease and how that would factor into how he responded to chemotherapy. All my dad could hear was the amount of "time" he had. After two rounds of chemo he ended up in the hospital for 9 days. His blood pressure was extremely low, he went into atrial fibrillation, and his already existent edema manifested. He was not being treated by his oncologist at this point, but his cardiologist. Once things were somewhat under control he was released. He went home and the next day went into hospice. He died about 40 days later.

Ironically, I have been involved with the American Lung Association via their Fight For Air Climbs across the country. It's always been personal to me, as I have asthma. Now, it's taken on a whole new meaning. I have been a competitive climber since 2013 and participated in my first ALA climb in 2014. I've also been involved in assisting the Charlotte, NC Fight For Air Climb. As of last weekend I completed my 9th race at the US Championships at the Stratosphere in Las Vegas and have now raised a total of $2,811. In addition, I received over $1,000 in donations to the ALA in lieu of flowers after my dad's passing.

May his memory be a blessing. That's something they say when someone passes who is of Jewish faith. I hope that by sharing his story and becoming an even louder voice in fighting for those who need it most, that my father's death will bless others with early detection, patient advocacy, and maybe one day, a cure.