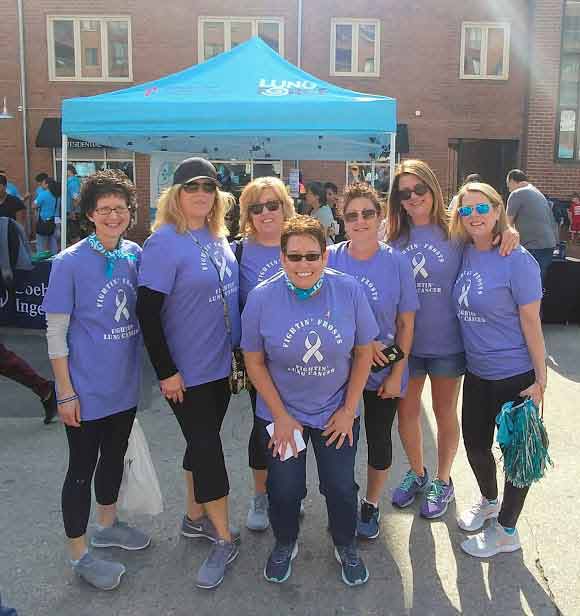 My personal lung cancer story is not just about me. It is about the impact lung cancer has had on my immediate family.

My mother was a lifelong smoker. Her doctors were watching something small in her lung for a year or two. So, when it grew, we were not surprised. When we found it had spread to her brain, we knew it was stage 4. We knew that meant it was terminal. In October of 1998, my older sister developed pneumonia that did not resolve after 2 months. She was diagnosed with stage 4 lung cancer that had metastasized to her spine. She passed away 5 months later at the age of 42. My Mom had a pulmonary embolism after hip surgery right after her diagnosis, so she was lucky she did not have to deal with this disease. She was diagnosed in 2013 and passed away at 77. In 2017, my father had headaches and dizziness. An MRI showed a brain tumor. It was stage 4 lung cancer. He passed away 2 months later.

Now, my Sister and father were what they refer to as non-smokers. They each smoked for a short period of time decades ago. So, one would think they would not get lung cancer. I am a never smoker—someone who has never, ever smoked anything. Just six weeks after my Dad passed away, I developed severe back pain and a dry cough. The cough never went away, so I saw my doctor—who was aware of my family history. In early February of 2018, I was diagnosed with lung cancer—stage 4B as my cancer had metastasized to my lymph nodes throughout my chest, and was in my liver, my spine and left hip and my brain. But my story has taken a vastly different path that that of my other family members.