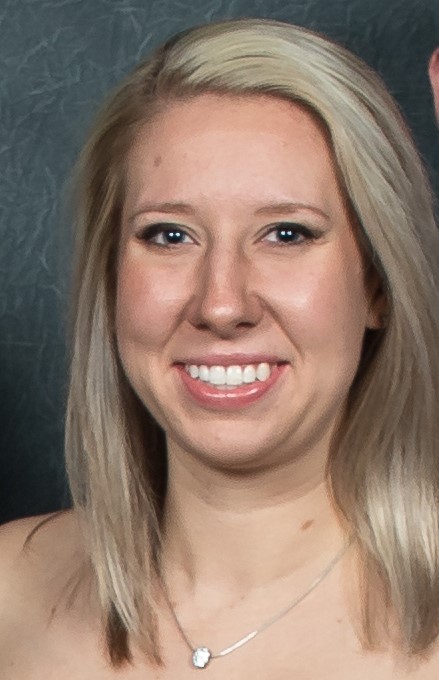 American Lung Association: I am a daughter, sister, girlfriend, friend, runner, and HERO.

Growing up, I was always found playing outside with friends and my older brother, Peter, in the neighborhood and school. I remember always being the fastest runner when our team would go on summer runs during cheerleading practices. As I transitioned to middle school, I was passionate to continue cheerleading and join the girls' lacrosse team. My journey began when I was in middle school like most adolescents with sports induced asthma. The fundamentals of the sport include lots of running up and down the field. I became discouraged because I realized I wasn't the fastest runner anymore. I could barely finish our warm up laps without becoming exhausted. To me, this was not normal behavior for my body.

Attending church on Sunday mornings was part of our family routine. Singing along to the songs started to get difficult with lots of yawning. The scents during the Lenten season began unbearable causing me to leave for a moment to get fresh air.

I voiced my concerns to my mom who was worried by my wheezing during sport practices. She wanted to see me rise as a star like every parent. The first step was to get me scheduled with an allergist. I tried different inhalers and tests like seeing how many candles I could blow out on their computer screen. Sadly to say, I could not blow out all the candles. The inhaler worked and I used it religiously before every practice.

The summer of 2008, I made the transition from public middle school to a private high school. Like many teenagers, I wanted to join as many clubs and sport teams as I could. During the summer, the girls' volleyball team had open gym practices. My first practice ended up being my last. The mix of something new, the summer heat and my breathing issues resulted in having to leave the gym. One of the girl's mom who was watching took notice to my difficulties and took me on a walk to calm down. I knew something else had to be done. The next move was to visit a cardiologist since the inhaler wasn't helping and my heart felt like it was going to explode out of my chest. The doctor didn't see anything alarming, so he sent us to an ears, noses, and throat doctor.

Our next trip was to Penn State Hershey Medical Center to get an opinion from their ENT professionals. This entailed having a camera feed up my nose and down my throat. They discovered a miscommunication between my vocal cords. During exercise, my vocal cords would close when they were supposed to be open causing not enough air to get to my lungs. This is common in young adults and can resolve itself in adulthood. Still, I used my inhaler when needed.

Since volleyball didn't work out, I signed up for indoor track that winter. All practices were held outside unless it snowed. My first practice I was so nervous my breathing would act up, but I didn't want to show that I was slow and not good enough. I could not stop wheezing during the warm up laps and dynamic stretching. I was so embarrassed and did not know what to do that I went crying to one of the coaches. I felt defeated that I couldn't keep up with the team. I found guidance in some of the seasoned runners that were seniors. The team and coaches supported me through my years of running. I barely placed in spring track meets but was able to run every race. I found myself loving the 100m and 300m hurdles. I still used my inhaler before every practice and meet. My mom was still concerned because I still wheezed, coughed, and couldn't catch my breath. In conversation, she learned about a woman who had a similar issue.

During my lunch break junior year, I would drive to Mechanicsburg and attend physical therapy sessions to work on diaphragm breathing. The physical therapist guided me through different breathing exercises to complete throughout the school day and during practices. With help of the inhaler and breathing exercises, I felt better at track practice and my coaches saw improvements from my freshman year to my final race senior year.

After high school graduation, I picked up weight lifting and cardio at my college's rec center. There, I took it easy with my workouts knowing I didn't want to have a breathing episode away from home. After returning back to my hometown, I started working at Planet Fitness until I figured out what career path I wanted to travel. I quickly fell in love with customer service, the staff, and our members. Working at a gym encouraged me to keep working out especially in the Judgment Free Zone where it's ok to be who you are no matter your experience. I decided to train for the Hershey Half Marathon this past October. My goal was to finish the race and cross that finish line. I ended up running the 13.1 miles in two hours and eight minutes. I never thought I would be able to run that many miles without stopping (except potty breaks).

Today, I look back at my journey from sport to sport, doctor to doctor and how my mom never gave up to find answers to my breathing problem. I still have a hard time singing at church. I learned to push through my ups and downs. I share my story with you in hopes that others will understand they don't have to stop when the going gets tough and they don't have answers. With support of everyone in my life, I've been able to play all those sports and complete a half marathon.

It is important to share stories like mine because it's terrifying as a kid who can't breathe and be able to find an adult for help. I am happy the American Lung Association can spread the word about asthma and lung cancer, especially to the parents, teachers, and coaches who see individuals like myself battle to breathe during activities, recess, and sporting events. Role models like a teacher or coach should be educated in assisting children and be able to spot a medical issue like this. Thank you for listening to my personal journey in hopes we can educate others about what ALA can do for you and your community.