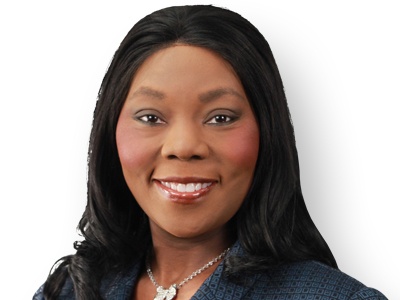 Keisha and I were the best of friends since both of us were 5 years old. Growing up, we spent every day together in some form or fashion. Whether we were face to face or talking on the phone, we were more like sisters than friends. Keisha was the super star athlete of our hometown. Not only was she a record holder for scoring over 1,000 points in basketball, but she was a state champion and star of our high school track team. After leaving, her resume included a list of accomplishments and accolades in everything from academics and athletics to modeling, chiropractic medicine, and Weather Anchor, an NBC affiliate - Dr. Keisha was a true renaissance woman.

Keisha was a non-smoker and very, very health conscious. In the fall of 2008, she went to the doctor to have some routine tests and the doctor noticed a mass on her lung. The diagnosis was lung cancer. As strong as Keisha was, the diagnosis changed the trajectory of her life. The cancer was diagnosed as stage 3 and treatment included 2 surgeries and many grueling sessions of radiation and chemotherapy.

After Keisha was diagnosed, she said to her mom, "You know, instead of saying why me I should say why not me and find out what I can do with it that." She was positive for everybody else. Even while undergoing treatments and experiencing harsh side effects, Keisha continued to forecast weather until 2013. The entire viewership went through this cancer journey with her. Keisha became a zealous advocate for lung cancer causes and went on the public speaking circuit talking to various audiences at churches, non-profit organization, women's group, and NFL wives. 5 years became her battlecry; her goal. Keisha told me that if she could make it to the 5th year of this struggle that her chances of survival would increase tremendously. Every day of those 5 years Keisha fought so hard to live not only for herself, but for her daughter. Through her five year battle with cancer, Keisha frequently said her hope was that someone would hear her story and be inspired or encouraged through their own personal challenges.

Keisha came to her parent's home in July of 2013 and on her way home she called me and said,"LaShana, I have got the taste for some barbeque ribs and greens'. I said,"I will cook them for you." She laughed, "Can you really cook?" After a quick laugh together, I told her that I would bring the meal to her house. 2013 was that 5th year-her goal year of beating lung cancer. So I was excited to see her because I just knew that she was going to be okay. When I first saw her at her parent's house, she was different and my heart sank. She was tiny, no muscular frame, and she just looked tired. I hugged her holding back the tears and said it was so good and she couldn't believe that I could cook. This was our last laugh together. Keisha lost her battle with Lung Cancer on October 29, 2013 at 11:40pm.

I loved her tremendously and I am an advocate in the lung cancer fight because of Keisha.