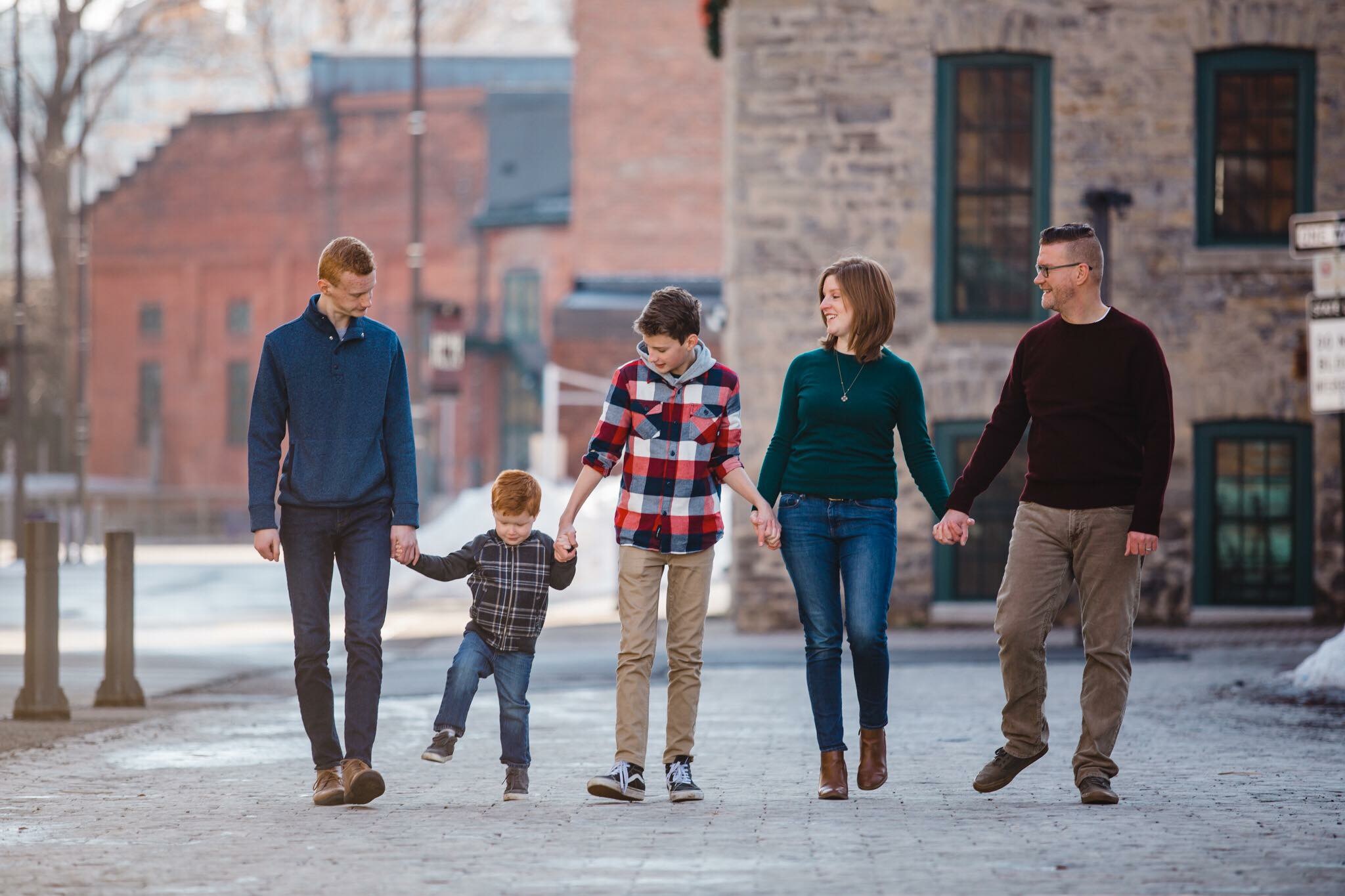 Just two months after finishing his fourth half marathon, my husband, Jeff, was diagnosed with Stage IV Non-Small Cell Lung Cancer. He was 42.

The hardest part about the diagnosis was telling Jeff's sons that their dad was sick. At the ages of 9 and 11, they were old enough to understand that cancer was a difficult and scary thing to face. Equally as difficult was the fact that I wasn't sure if our baby (I was 5 months pregnant) would get a chance to know their dad. Jeff had no real symptoms leading up to his diagnosis, other than a cough that we noticed from time to time. When he asked his primary care physician about it he was prescribed an inhaler for what was probably adult onset asthma. Thankfully, his physician took the precaution to order a chest x-ray as well. The x-ray revealed a shadow in Jeff's lower left lobe. This led to a CT scan which led to an image of a softball sized mass. A biopsy was scheduled and the cancer was confirmed.

It was an overwhelming time and a flurry of new, scary and incomprehensible information. Little did we know that when the biopsy was done, there was extra tissue samples taken and Jeff was tested for a genetic mutation. He tested positive for ALK. This gave us options from a treatment perspective. Jeff was a candidate for traditional chemo and for a brand new targeted therapy. Since that time, Jeff has been on a total of three different targeted drugs and has undergone radiation to his brain to treat nearly 20 brain metastases.

Because of the incredible support we have had and the research going on in the world of lung cancer, Jeff is considered in remission. He will continue to stay on his current targeted therapy as long as it keeps the cancer at bay. My husband has been able to live normally during the last 4 years. He has continued to work full time, do yard work, and run around with his three sons. We are incredibly grateful for our journey and pray that with continued research and support, Jeff will live a long, healthy life alongside his family.