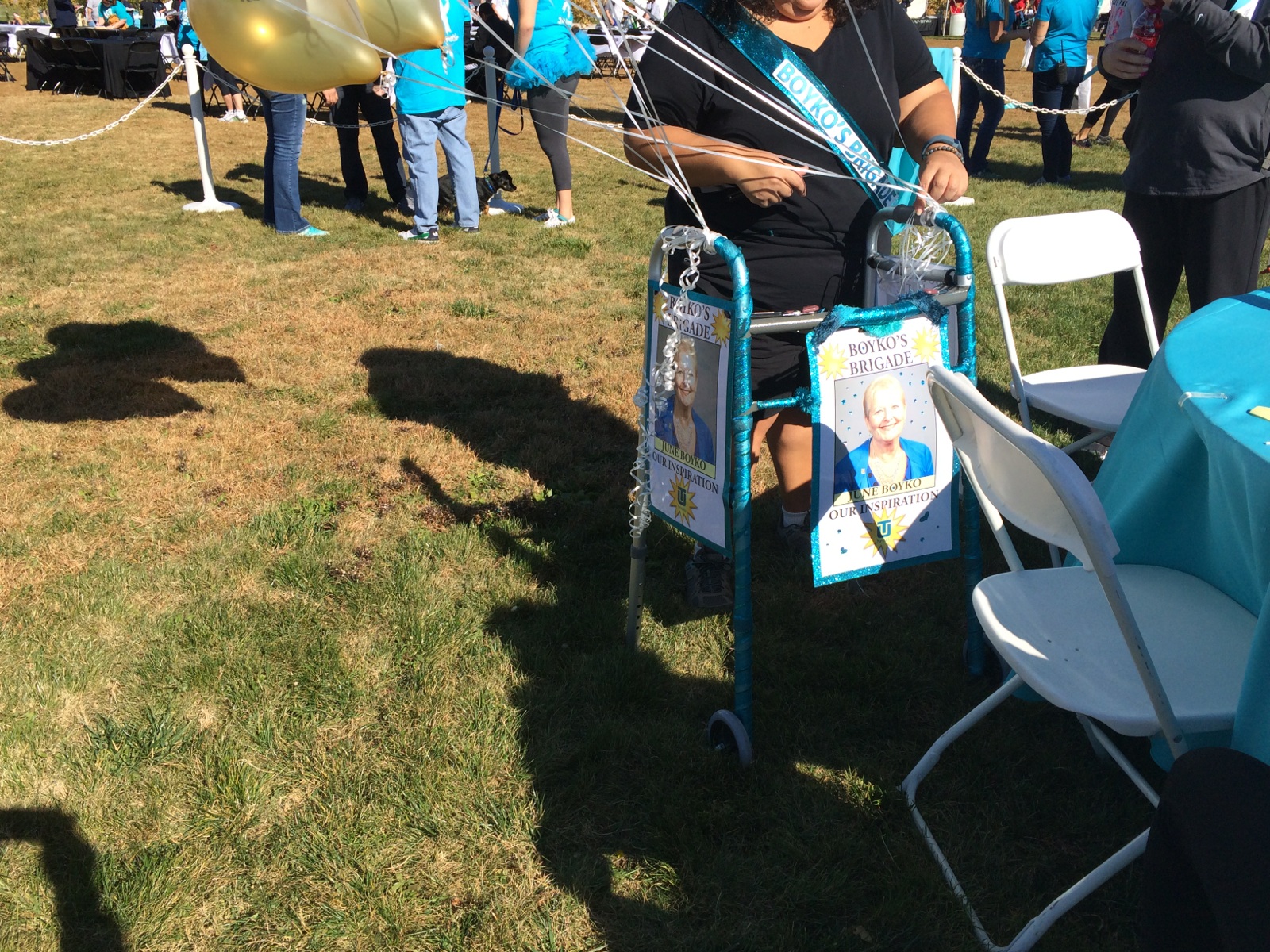 In early 2002 I was originally diagnosed with Stage 2 Uterine Cancer and had a radical hysterectomy followed by 18 rounds of radiation treatments. Over the next five years I did very well and in mid-2007 reached my 5 years cancer free. However, my happiness was short lived because in November 2007, after experiencing back pain, I was diagnosed with Stage IV Lung Cancer that we believe metastasized from the original cancer.

I underwent 6 months of chemotherapy and was very fortunate to be cared for by an amazing oncologist and his staff. Right from the beginning my attitude has always been that my body was invaded by a terrorist and if it behaved itself then I would ignore it but, if it messed with me I was going to beat the living daylights out of it. Needless to say it did not behave and several months after the first round of chemo, I had to go back on chemo followed by cyberknife treatments in San Diego.

My attitude has always been that the cancer was not going to get me - the treatments may but I refused to allow the cancer to win. I was also very fortunate that my husband was so supportive (all my family is still in the UK) and my co-workers became my allies keeping me going. I continued to work all through my treatments and usually tolerated the treatments well - again I would not give in. When I thought we had finally beaten this thing it did come back again, and this time we went through chemo and cyberknife again and I have to admit it was a little tougher, mainly because each time my oncologist who worked so well with me was being more and more aggressive. But I wouldn't give up.

Unfortunately, in September 2015 the cancer returned aggressively and actually got into my ribs. Even I had to take a closer look at my circumstances and if I thought the treatments had been aggressive before this time they were tough. I went on chemo and radiation together and have to admit that it was hard and I did get very ill. I did have a day of feeling pretty sorry for myself but, that was quickly replaced by anger as I looked at it as letting the cancer win and that was not an option. So I rebounded, slowly but surely.

It was at this time that I became involved with the American Lung Association, through my boss, and participated in their LUNG FORCE Walk. However, I was so weak and ill from the treatments my body did not have the strength to actually do the walk so my co-workers decked out a walker. Supported by the walker and my husband and friends, I did the Survivor's Stride.

But my passion for the Lung Association was born. Also my son and daughter-in-law decided to come and visit for 5 years over the Christmas holidays. Plus, unknown to me my best friends from Canada were also coming into town to surprise me. Two days before my kids arrived I had a scan and with the family in tow went to see my oncologist two days after they arrived.

I have always believed in miracles and that day I got my very own miracle. The doctor looked at his computer, looked at me and shook his head and said "... June, I do not believe this but the cancer has gone?" There were four sets of eyes just glued to him, then each other and we stared in disbelief. Did we really hear what was said, was it true. I was only half way through the treatments - what does this mean?

But it was true and the decision was made to stop the remaining treatments and keep a close watch on me. I have had three scans since and all have been clear. The next one is due in December - so fingers crossed. But still, one day at a time. And on Saturday November 12, 2016 I will be doing the LUNG FORCE Walk again with my team of supporters and doing what we can bring awareness to this horrid disease that takes so many lives.