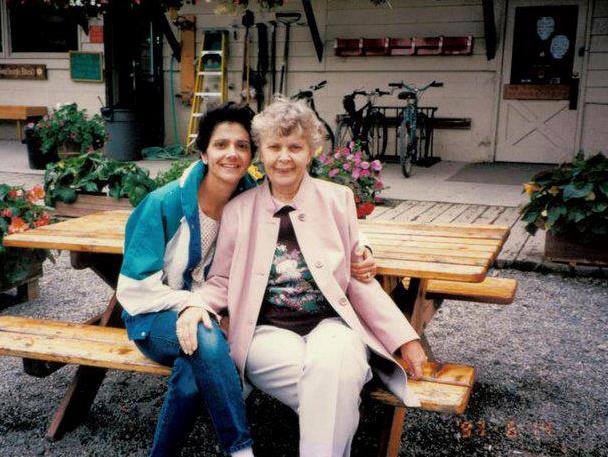 I was raised in a two-smoking parent household. Both my mom and dad smoked the entire time I was growing up.

In 1991, my mom was diagnosed with lung cancer. I was living in Alaska, married, with two young daughters. My husband and I moved my mom from California to live with us in Alaska so we could get her to her chemo and radiation appointments. This routine went on for several months, and eventually her lung cancer went into remission.

At that point, my mom began to smoke again. I remember one of my daughters saying, "Mama, why is Grandma smoking when she has cancer?" It's difficult to explain to a five-year-old the struggle of a life-long smoker and the addiction to tobacco. Yes, Grandma's cancer was in remission, but to my daughter (and to all of us) it just didn't make sense that someone would smoke again after dodging that bullet.

I soon realized it was easier to live with the smoking than to fight with my mom for whatever remaining time we had together. She didn't smoke in the house, but she smoked again. In 2001, the cancer returned, but this time it was in her liver. Frankly, I doubt the resumed smoking habit had anything to do with it; I assume 50 years of smoking just meant cancer was inevitable.

My mom died on November 11, 2001. I held her hand as she took her last breath in our home. I was 38, my daughters were 3 and 7. Wow. Do I ever feel cheated. My mom and I were very close, and I miss her every single day. I'm so sad that she didn't get to see my amazing daughters grow up, and they barely remember their Grandma Barbara.

Smoking kills. And it deprives families of time together. It deprives people of the ability to make memories together. Watching a parent die from lung cancer is something I wouldn't wish on anyone.

For me. It's about my mom. It's about people not killing themselves with tobacco and not killing others with second-hand smoke. We need a cure for lung cancer. I also wish people didn't smoke and die way too young, leaving behind children, grandchildren, and friends who loved them dearly.