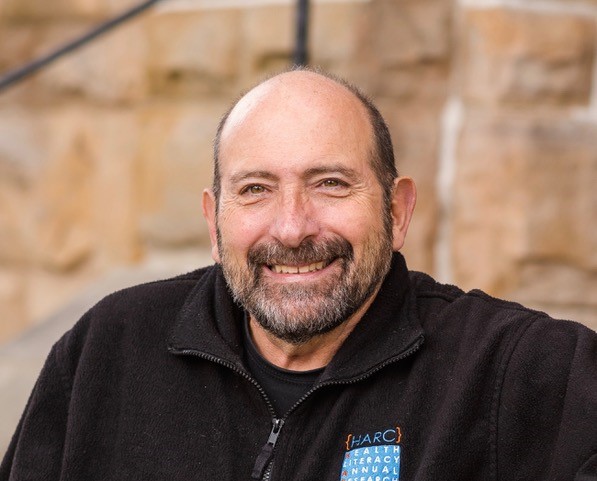 My wife was six and a half months pregnant on the day my lung cancer was diagnosed. We were not prepared for that diagnosis, and, given that it was made by a rheumatologist, it really came out of left field!

A week later that diagnosis was confirmed when I met with a multidisciplinary team at the Lung Cancer Clinic at St. Joseph's Mercy Hospital. I had a 3cm growth in my right lung, and the plan was to remove it, and then to follow up with chemo. So, I went into the operating room as a stage 1B, but came out, minus most of my right lung, and restaged at stage 3B with stage 4 lymph node involvement, and our plans changed to a more aggressive one that included concurrent chemo therapy (carboplatin and taxol) and radiation therapy.

On the day of my second round of weekly chemo, our daughter Stella was born, and, again, our lives changed dramatically.

That all happened in 2005. Stella has just turned 15 years old, and I have been NED (no evidence of disease) since 2006, but life hasn't been all roses. And survival hasn't been a given. Getting through the first 2 years was tough, and the next 3 weren't a whole lot easier. I tried going back to work, but I never could predict the days I just couldn't work, couldn't talk, or couldn't deal with the cold, so going back to work only worked if the world could be inordinately flexible.

Before cancer I had been a small business owner. The work my company did was recruitment process outsourcing, but in the year before my diagnosis I had pared the business back considerably simply because I was too exhausted to work. That, and joint pain were my only symptoms, and, because I was relatively young and didn't have more specific symptoms, led to us looking at everything but lung cancer! But, returning to a career that had me traveling 50% of the time was not viable, so I took a job with a start up that allowed me to work when I could - and back in 2006, that wasn't very much!

But returning to work also resulted in lung infections that never seemed to resolve, breathing issues that would flare up at the worst of times, and increasing stress levels that just weakened me both physically and emotionally.

Life goes on. Bills don't go away with a diagnosis of lung cancer. They still need to be paid. And other things go on as well. Stella now has 2 younger siblings, Grace, 12, and Leda, 11. And, you just figure out new ways of doing things. I wish I could say that I've found the answers to everyone's needs, but I didn't. What I did find are the answers that got me through.

I was a work-aholic that couldn't work, so I started volunteering. Here we are, 15 years later, and I sit on research review boards (IRBs) at two hospitals and at the NCI (National Cancer Institute). I'm a vet, so I volunteer on research initiatives for the VA locally and nationally. I'm a reviewer of research study proposals both locally and nationally. And I talk to, advocate for, and support others as they go through their cancer experiences whenever I can.

First, if you've just gotten diagnosed with lung cancer, I would ask you to know that, in the history of mankind, if you had to get lung cancer, this is the time to get it. There are more viable treatment options in 2020 than at any time in the past. We are living longer with the disease, and living with a higher quality of life than at any time in the past, and I truly believe we will be even better next year, and the year after that. But you need to be getting cared for by people that know about the latest and greatest, so find a way to get treated by a team that knows lung cancer.

Second, I would tell you that no one deserves to get lung cancer, and that this is not a disease you gave yourself! There are a lot of people that will assume you did this to yourself, and, while it is true that tobacco is a very real contributor to many lung afflictions, including lung cancer, it is also a primary contributor to a host of heart diseases, and at least 20 other cancers. The fact that lung cancer has the stigma of an association to tobacco use doesn't mean the stigma is acceptable. Push back, or push away from people that treat you like this is your fault.

I would close by saying that there is life after a diagnosis of lung cancer. I am proof of that, and so are my daughters!