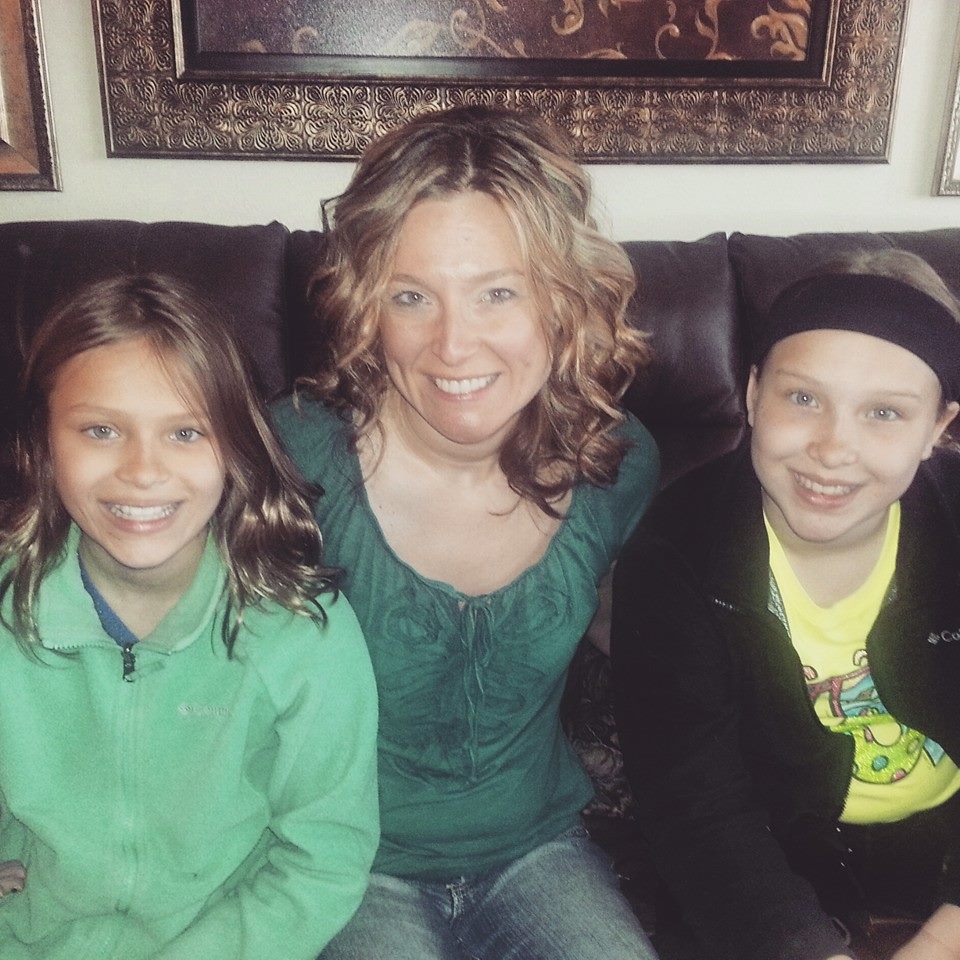 After my husband passed away from lung cancer at age 35, I vowed that I would never let his memory fade.

He was the Dean of Students and Athletic Director at an area high school and before that, a social studies teacher and softball and basketball coach. He was also a high school basketball referee, and was proud that he was part of a team that officiated a game at the girls high school state basketball tournament six months before his cancer diagnosis.

I fell in love with him for his quick smile, his ability to make me laugh with one-liners, his kindness and the way he fathered our two daughters. And, I loved him for the way he handled himself after being diagnosed with the cancer, facing the disease head-on and with all the strength that he had.

Our family's motto in the four-month period after his diagnosis, made in mid-November of 2011 was, "Don't give up. Don't ever give up." Basketball coach Jim Valvano spoke those words in an inspirational ESPY Awards speech in 1993, eight weeks before he died of cancer. The same type of lung cancer my husband had.

Those words will always be on my mind, forever, as long as I live. They are especially on my mind when I run up the 1,034 stairs of the U.S. Bank Center as part of the Fight For Air Climb, a fundraiser for the American Lung Association. I've participated in the event for two years now. This past year was extra special. The stair climb was held on what would have been his 39th birthday. I've got seven steps in my home and he couldn't take them without having to rest or use oxygen. I've got good lungs. I'm doing the stair climb for him. This is a gift to him.

After my husband died, I created a man cave in the lower level of our home. It features photos, awards, scrap books, and other items that were important to my husband. You see, I don't want our daughters to grow up without understanding and knowing what kind of man their father was. I feel the room would help them remember.

I also don't want our lives to be defined only by my husband's death, so I've moved forward with my plans to become a science teacher. Right now, I'm substitute teaching for the local school district. My husband was the one who encouraged me to go back to school to become a teacher. He said we could have the summers off; we could always be together.

Before my husband was diagnosed, he thought he had a cold that wouldn't go away when the first signs of cancer showed up in his body. Doctors first diagnosed him with pneumonia. But when antibiotics didn't work, I encouraged him to go back to the doctors. That's when the news about the lung cancer fell on them.

That was a complete shock. He didn't smoke. He was young. He was healthy and active.

In the four months that we had left together, our family felt the outpouring of support from the two communities that my husband worked for as a teacher, administrator and coach. Former colleagues, old friends and students past and present visited, donated money and helped and supported the family.

I remember my husband wondering why so many people cared so much. He would say the only thing I ever did was wake up and go to work and do my job.

But the way he did his job clearly had an impact. He affected so many people that they will never forget who he was and what he stood for. Meanwhile, I am trying to give back as best as I can. I have started a scholarship fund in his name, a basketball tournament is dedicated to him and of course, I'll be dedicating my run every year up to the top of the U.S. Bank Center to him.

I did it in ten minutes last year. I want to beat that time. That's the kind of thinking my husband would have liked. I still feel his influence everywhere I go. Pushing me and making sure I don't give up. On life, on living, everything.