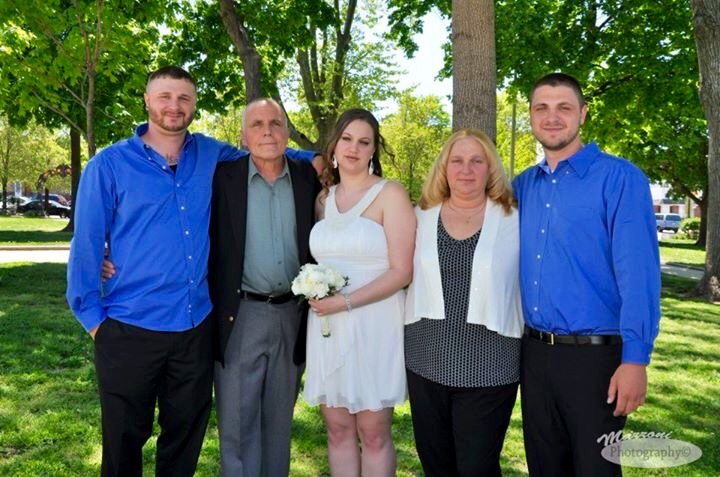 I don't know much about my Aunt Toni story but what I do know is that she didn't deserve to die of such a horrible sickness. I do know that her children and grandchildren and her family miss her dearly.

My grandmother was a great woman. She had a real fire in her. She was a mother of 4 children one of them being my mother and one being my Aunt Toni, who passed from the same sickness. She had to watch her own child die from cancer only to die from the same thing a few years later, how horrible is that I ask?

As if my family had not endured enough!!!

My father, my father. I could say so much about him. I could tell you how he was the greatest man in my eyes and how he would never let his children go without; or how when my father knew he was gonna die from lung cancer he made sure he got my mother and his house together for her to continue to live in so she wouldn't have to worry about anything when he was gone and he knew she would be fine. He was just that type of man.

My father was diagnosed with lung cancer months prior to his death so we all knew the inevitable but I guess we didn't want to believe it, I really didn't think he wanted to either. I will never forget the night my mother called us all to the house. I remember being annoyed cause I didn't want to go because I had worked all day and even gave my mom a hard time, boy did I feel horrible about that.

My brother and mother were not on good terms and my brother came in annoyed with a let's get this over with attitude. My dad yelled at him, "Tom, I am dying." I didn't believe it. Then they went on to tell us everything.

See, my dad had a liver transplant a few years back and he was in the hospital for something to do with the transplant and while having this done both his lungs collapsed. While there and recovering and having many, many tests is when they finally noticed he had lung cancer. The doctor told him he would die in a few months I believe the doctor actually gave him six months. Our world was shaken. My father was dying and there was nothing we could do about it.

My father was a "manly" man. He didn't cry much but that day he cried like a baby. It killed me to see him look at my daughter and say "GOD, I am not gonna see her grow up" That was a horrible night.

My dad went on to live several months more, actually more than six. It would come to the point where I think we secretly forgot. Partly because my mom took care of him so well and hid so much from us. She didn't want us to see what she saw and hurt like she was hurting. It finally got down to the wire and my dad got real bad.

He couldn't barely walk, his breathing was horrible and he was having trouble having conversations with you and actually comprehending. We all knew what was coming. My father went on hospice in the beginning of the week and died by the end of the week.

Growing up my father always told us "if I ever get to the point where you have to change my diaper just pull the plug." I believe he knew he was at that point and didn't want his family to endure that. We were all there the night it happen. It was like he knew his kids were there.

He got to see our first breath and we saw his last.

It was the worse night of my life. My father was many things to many people but to me he was "my daddy". I say this all the time and I truly mean it. I will forever be Daddy's little girl.

Lung cancer has torn my family apart in so many ways.