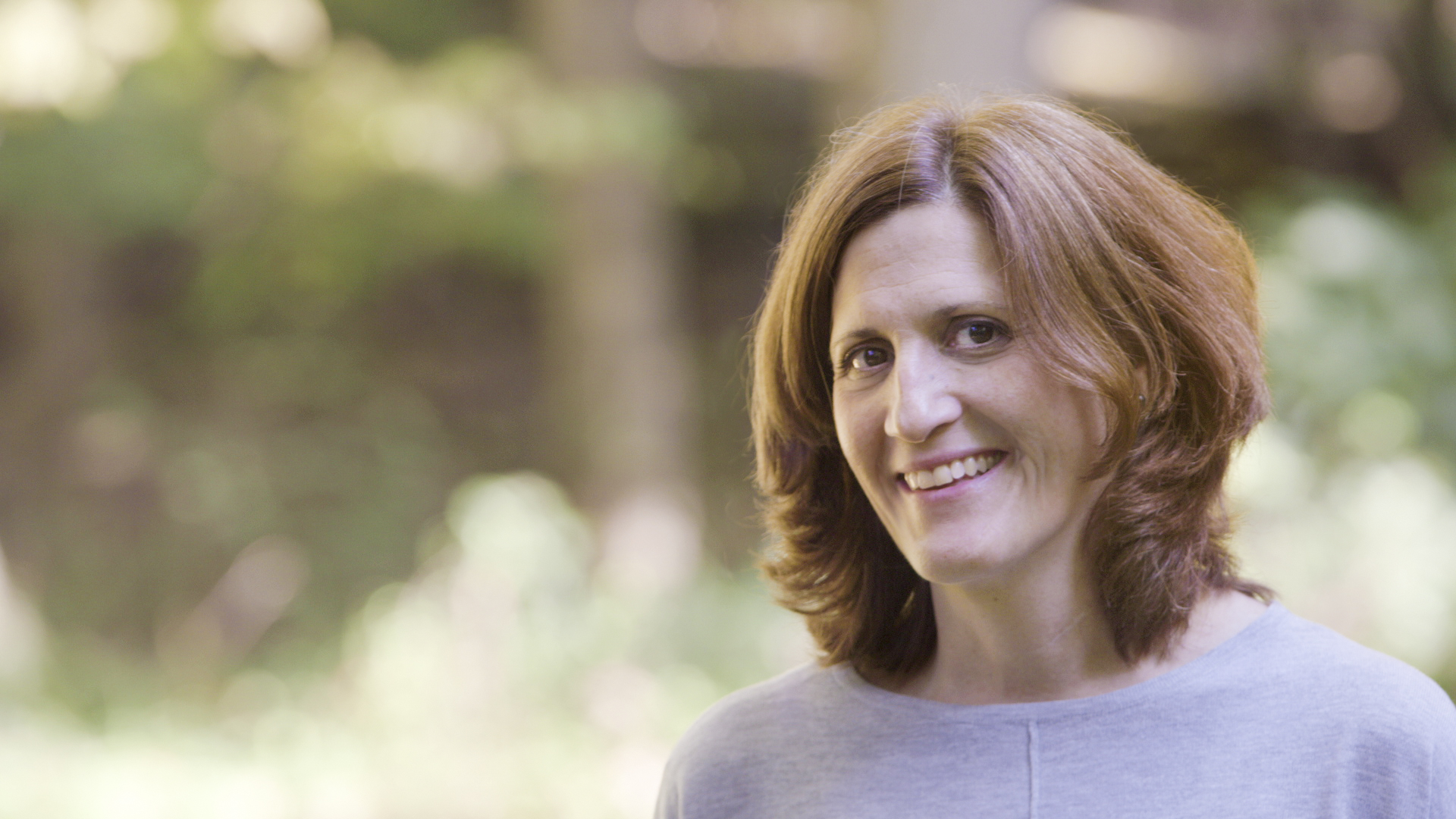 Right around her birthday, in September 2014, Jackie M. had a nagging sinus infection. Otherwise she considered herself in great health.

More than one year earlier, Jackie--a wife, mother, and teacher who smoked for most of her life--had decided to quit. It was a 50th birthday resolution, and a response to her son's constant pleas.

Jackie went to an allergist about her sinus infection. Because she had coughed up blood, the doctor sent her for an imaging evaluation; it showed a spot on her lung.

Each year, lung cancer claims more lives than breast, prostate, and colon cancers combined. Dubbed an "invisible disease," it often doesn't become apparent until diagnosed in later stages, when there are significantly reduced chances for long-term survival. Coughing up blood can be a symptom of lung cancer.

Jackie needed a biopsy to get a diagnosis of the spot on her lung, but the tumor was deep in the lower left part of her lung, very close to a blood vessel. Her doctors weren't sure if they could perform a traditional needle biopsy or bronchoscopy.

Then, her interventional pulmonologist proposed a solution: an innovative technology described to Jackie as a "GPS system for the lung."

Jackie's surgeon used the results from this technology to help improve her outcome. The results helped him make a more complete and accurate diagnosis so that they could go into the operating room knowing more specifically what they were dealing with and where it was.

Jackie's diagnosis: Her tumor was cancerous.

"Before the diagnosis, I was making a concerted effort to be more active," she says. "To be told I had lung cancer after I felt so much healthier was shocking and scary."

Thanks to a minimally invasive approach, Jackie was discharged the day after surgery. Had she had a more invasive approach to diagnosis or treatment, it could have meant more time in the hospital and many months of recovery.

"The recovery was one of the simplest things I had to go through, considering the gravity of the situation," says Jackie. "There was no need to crack my ribs and I felt very little pain after the operation. I was able to get back to my family and my life so quickly and haven't had to go through another treatment since the surgery because they were able to remove my cancer. If the doctors hadn't found the cancer so early, I don't know what would have happened."

Jackie appreciates everything a little bit more now--from gardening to spending time with her husband, Rob, children, Elisa and Nick, and their pets--because she knows how close she was to losing everything.

"I had a chance at life because my lung cancer was diagnosed early. If I hadn't, I know I wouldn't be here today." said Jackie. "I'm hoping other people have that opportunity also."