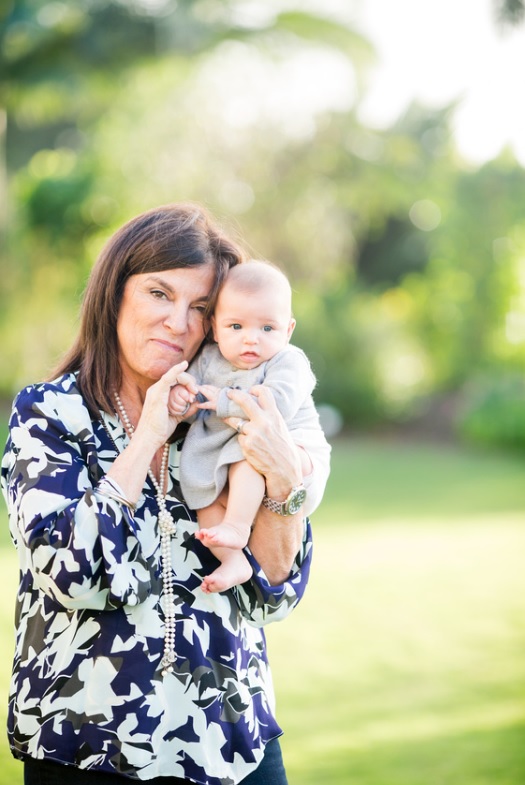 I was always one of the blessed people who never had to deal with any significant health issues and never even gave my health status much thought. As my family was preparing to welcome my first grandchild into the world, I began to feel that something was not right with me. I was feeling tired and found that my usual routine in the gym was becoming more and more difficult. Over the course of only a few months my stamina had diminished significantly. Given all of the excitement and anticipation around my daughter's pregnancy, I was not paying much attention to what was happening in my body. On September 20, 2015 my beautiful granddaughter was born; the joy and wonder was beyond description. My husband and I went to Chicago from our home in Florida to be there for her birth. I finally admitted to myself that I had a medical problem that needed attention when I found the repeated walk from our hotel to the hospital, only a few blocks away, was causing me to feel short of breath.

Thinking it was my heart I scheduled a chest x-ray and echocardiogram upon my arrival back home. I never ended up getting the echocardiogram as the chest x-ray presented me and my family with the shock of our lives: I had a right lower lobe lung mass along with multiple small nodules in both lungs. The biopsy showed adenocarcinoma of the lung, presenting me with the diagnosis of Stage IV non-small cell lung cancer. As a non-smoker and healthy woman, I had never suspected that my health issue would be related to lung cancer. With a lot more life to live, my own misconception of lung cancer was challenged. The thought that I would be a lung cancer patient had never even crossed my mind.

I was initially treated with chemotherapy and after five months switched to another treatment, Tarceva, due to progression on my previous regimen. I was told I had an EGFR mutation, but it was a variant mutation of which not much is known in regard to optimal treatment. Fortunately, I have had a response to the Tarceva and my status is being monitored with periodic CT scans. Because of the fact that we know so little about the variant EGFR mutations and so many other aspects of lung cancer treatment, my family and I have become committed to doing whatever we can to help support lung cancer research.

Lung cancer kills nearly twice as many women each year as breast cancer, but funding for lung cancer research lags way behind. With this comparative funding inequality, in large part due to the smoking related stigma of this disease, performing critical research regarding lung cancer and its treatment has been limited. It is my hope that we can overcome this problem, obtain increased funding for lung cancer research and that the benefits will allow me to live to watch my granddaughter grow and meet the many more grandchildren I hope to have in the future.