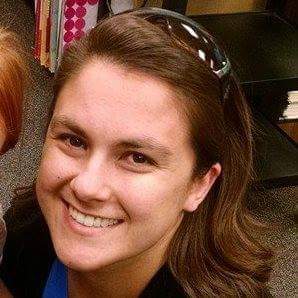 I believe I was 12 or 13, when I was first referred to a specialist and diagnosed with asthma. I didn't give it much thought back then, it didn't affect me. I'm 31 now and I feel like my life has flipped in the wrong direction in regard to my health. In January 2014, I was once again referred to several doctors for ongoing and continuous sinus infections. I landed myself in the waiting room of the allergy and asthma clinic towards the end of January after not being there for almost 6 years. At that time, my doctor told me my asthma was pretty bad but didn't officially label it. He had some treatment ideas for me that we'd attempt over the year and we had my breathing tests to compare to over the year as well.

I immediately started taking Allegra every day, year round for my allergies. He put me on Dulera and Asthmanex, which are a steroid inhaler as well as Singulair, daily. We teased the thought of allergy shots again (I stopped those with my first pregnancy) or beginning Xoilair shots. After several appointments and research, I began the Xoilair shots in September every two weeks. I also had a come to Jesus meeting with myself - I need to stop feeling sorry for myself, I will not get any better or feel any better by sitting on the couch! So I began walking and running some. I then had this wild idea of running my first 5k Shamrock run in March 2015. So in the middle of December, I started training. I am six weeks in and doing great! I know that I need to take care of myself and listen to what my body is trying to tell me.

After four months of the shots, I got in to see the doctor for a follow up to test the old breathers, bring him up to date, etc. Turns out, my breathing tests did not show any improvements from the first tests back in January. At that time, he put a final label on it as "Severe Persistent Asthma." It was really happening, I remember sitting in my car in a daze. Why me? I was also preparing for my first Fight for Air Stair Climb for the American Lung Association in Portland that same weekend, so he put me on prednisone for 12 days.

I have come, almost full circle with accepting that I have this disease. And I know that I will have my good days and bad. But most of all, I don't want to be alone in this fight. I want to be involved and make a difference. I want to find others that are in the same shoes. I am beginning my journey, to find others who are dealing with asthma too, whether it's themselves, their kids, or other family members. I want to get the word out there.