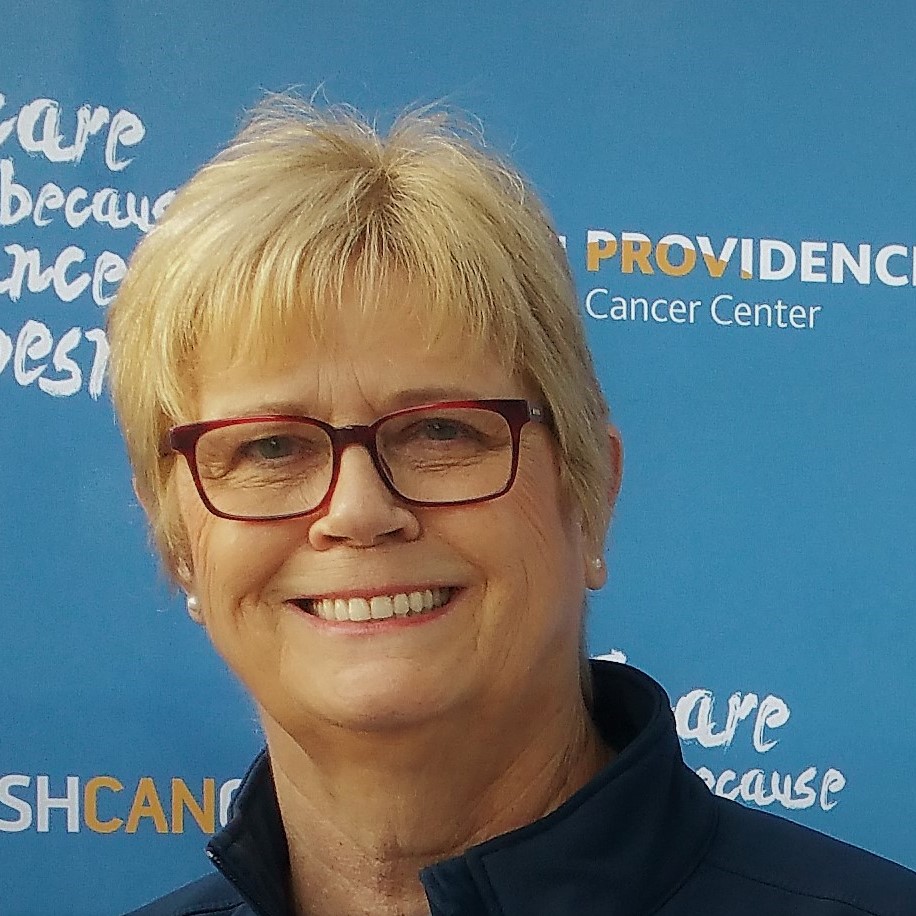 My name is Glenna Marshall and my story begins with a diagnosis of breast cancer in 1999. I had surgery, chemo, radiation and for five years following treatment, I took a drug to help prevent recurrence. Unbelievably, two months after my diagnosis for breast cancer, my beautiful younger sister was diagnosed with small cell lung cancer. She lost her life to the disease as did my grandfather and two uncles before her. Fast forward to 2011 and two months after I retired, it was my turn to hear those frightening words, "You have lung cancer." I had surgery and chemo to fight the disease. However, when comparing my treatment for lung cancer with what I had received for breast cancer, I became angry and discouraged.

Following treatment, I became a lung cancer advocate. I visited clinics and hospitals to push them to implement screening. I chaired the effort to bring a first-ever walk for lung cancer to my hometown of Portland, OR. I worked to have our Governor declare by proclamation that lung cancer is a public health risk to the citizens of my state. I worked to raise funds for research and to overcome the stigma associated with lung cancer that affects the outcome in so many ways.

In 2015, I had a recurrence of my lung cancer and was treated with radiation therapy. I am hopeful about my outcome, but I am equally hopeful and excited about the strides and progress made in research and the new therapies now available to fight the disease. When I was initially diagnosed with lung cancer in 2011, the five-year survival rate needle was sitting at 16% where it had been for many, many years (and only up from 13% since the early '70s) . As of 2018, the five-year survival rate has improved, moving up to 20% which is a huge jump in research years. We must keep the needle moving up by continuing to advocate, educate and raising our voices. Most importantly, we must continue to increase funding for research dollars for new drugs and treatments. Without it, lung cancer will continue to be the leading cause of cancer death worldwide! Thanks for reading my story.