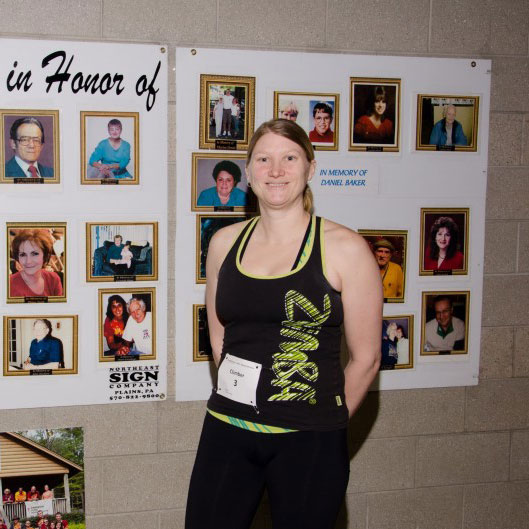 I have nearly 12 years of volunteer experience with a variety of nonprofit organizations, local community based organizations, and civic minded groups. I have served as a longtime supporter, active participant, volunteer, and donor of the American Lung Association. I've assisted with increasing volunteerism, donations, corporate sponsorships and promoted special events in order to help fight for air locally and nationally.

I was awarded with the National Lung Cancer Awareness Month Advocacy Challenge in November from the National Lung Cancer Partnership and received the Spread the Joy Winner in December with First National Bank of Omaha. My accomplishments have been featured in many local newspapers including Lebanon Daily News, Times Leader, and Citizens' Voice respectively and with other placements involving advertisements, promotional venues and commercial. This year I was placed on board as Climb Committee Member with ALA Mid-Atlantic Region of NE PA and in addition was "nominated" for ALA Lung Champion and Volunteer of the Week along with Jefferson Awards for Public Service.

I began to participate with American Lung Association after losing my mother in law Trudy, her mother Howell, my uncle Daniel, Coach Joe Paterno (PSU) and just last week my friend Eddie-- all to lung cancer. I now run/walk every year in their memory. My story is unique in that I'm also struggling with unemployment, homelessness, and government assistance. I've been struggling since 2010. Although I lived off credit cards for 2 years awaiting child support for 3 kids including one medically disabled son, I refused to give up helping American Lung Association. Not only did I raise the necessary funding for both major events the Fight For Air Climbs in Hershey and Wilkes Barre, but I did so while homeless and without income. It goes to show that if you have the will and determination anything is possible.

I love my family and would do anything to have one more day with them. I am their voice and I bring attention to the cause by raising awareness to lung cancer daily through all my efforts mentioned above. Thank you!