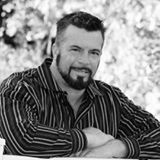 Former military and awarded-winning weight lifter Dave Miller was a Pennsylvania Train Master when he started to experience some fatigue and weight loss. He thought it was from stress at work. Dave's fatigue became worse and he started noticing it was harder for him to breathe, so he made an appointment with his primary care doctor. Dave had a chest scan that revealed something in his lower right lung. His unexpected diagnosis was Stage 4 lung cancer. It had already spread to his liver, kidney, bones, spleen and brain.

Dave began traditional chemotherapy. When the results were only moderately effective, his medical team recommended that he have is tissue tested for its genetic makeup. Biomarker testing showed Dave's lung cancer to be ALK+, allowing for him to receive personalized treatment.

Dave now shares his story with anyone and everyone who will listen. His passion to help others is strong. Most importantly he is helping the American Lung Association raise awareness of early detection and screening. He is military hero and now a hero for LUNG FORCE.